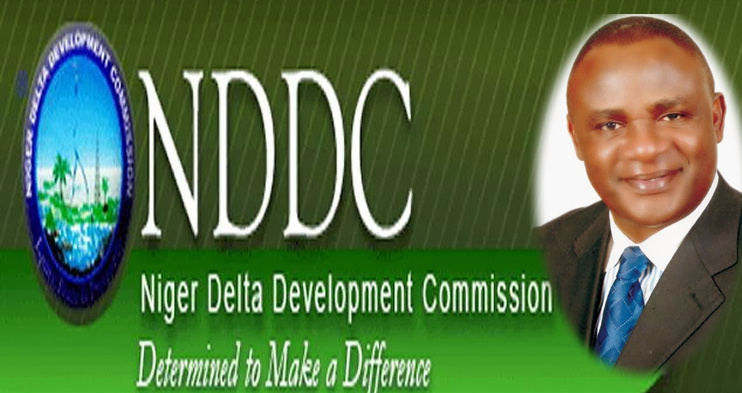 The Niger Delta Development Commission, NDDC, is reeking of a multibillion naira scam involving the board and top management of the agency.

Documents obtained by PREMIUM TIMES show that the board and management of the commission violated a directive by former President Goodluck Jonathan on probity and accountable handling of funds.

Mr. Jonathan had on December 16, 2013, while inaugurating the Bassey Ewa Henshaw-led board at the Aso Rock Villa, cautioned against the award of fresh contracts until all ongoing ones are completed.

“A body like NDDC should not just go into a voyage of contracts procurement but ongoing projects must be completed for people to benefit before new ones are awarded,” Mr. Jonathan had said.

The president also hinted at financial impropriety by previous managements of the NDDC, saying, “If you aggregate the total amount of money the Federal Government has spent on this agency, (it) is enormous. And I don’t believe on ground that we have something to show.”

“The former board at a time had to be dissolved because instead of the board to work with the management to make sure that people from the area benefit from the NDDC, they were busy quarrelling over money.”

But this newspaper can authoritatively report that the commission not only jettisoned Mr. Jonathan’s directive, but it brazenly abused the nation’s procurement law.

Two weeks after it was inaugurated, the commission awarded a curious contract for what it called intelligence gathering, management and mitigation in all the senatorial districts in the nine states within the region.

To circumvent the Public Procurement Act 2007, the commission was said to have split the job into 30 lots and awarded to political gladiators and cronies of board members and top management staff.

A total of N2.7billion was doled out to 30 companies for the contracts, described as spurious by some insiders.

There are claims that some of the firms that benefited from the contracts are not registered with the Corporate Affairs Commission as prescribed by the Nigerian Companies and Allied Matters Act. But that could not be independently verified by PREMIUM TIMES Friday.

In each of the nine catchment states, a total N299.2million was spent on the contract with each contractor in a senatorial district getting N99.7million.

In the execution of the jobs, contractors served as both consultants and executors of the contract.

Approval for the payment of the contractors was conveyed via an internal memo, dated December 15, 2014.

Again on February 25, 2014, the Managing Director, Dan Abia, awarded a N882million contract, above his statutory approval limit of N2.5million, for the purchase of 40 luxury vehicles.

The contract was awarded to Automatt Global Services, located at 167 Aba Road, Port Harcourt, Rivers State, with a Local Purchase Order, LPO, no: 15301.

The Toyota Hilux van, which was bought by the commission at N156.5 million, with each costing N8.7million is sold for N6.5million at Carmudi, an online car shop.

Equally, a regular Toyota V8 Land Cruiser SUV, which was supplied to the commission at N27.9 million each, sells for N18.5million at Carmudi while a regular Lexus LX570 SUV which it got for N32.4million is sold for N22.5 million at Carmudi.

PREMIUM TIMES could not get the exact prices of the armoured vehicles but dealers, who spoke on the issue, insisted that the NDDC quotes were outrageous.

The vehicles where bought even when the commission has surplus in its garages and even gives away to top politicians across the country.

The commission also awarded contracts for the purchase of vehicles for the police commands in the catchment area at N12.5 billion.

However, instead of routing the contract through the Bureau of Public Procurement and the Federal Executive Council as mandated by the procurement law, the commission was said to have split the job into 12 slots and awarded each at the cost of N985 million.

A source in the commission, who asked not to be named because he is not empowered to speak on the matter, confided in this newspaper how a contract for the acquisition of waste disposal trucks worth over N1.6 billion was awarded against the provisions of the procurement law.

“The contract was split among 85 companies and each got close to one hundred million,” said the source.

“You can see from the local purchase order for the purchase of the 40 luxury vehicles that was awarded to a Port Harcourt-based automobile firm that the NDDC does not obey relevant laws of the land.”

Attempts to speak with the commission’s managing director, Dan Abia, failed as he would neither answer calls nor respond to a text message sent to him.

Here are the documents below: 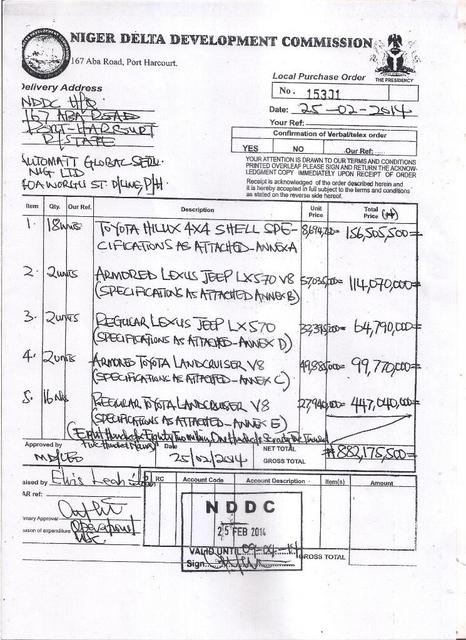 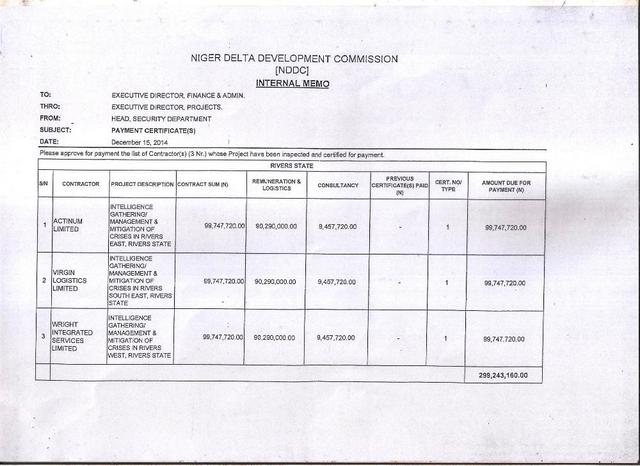 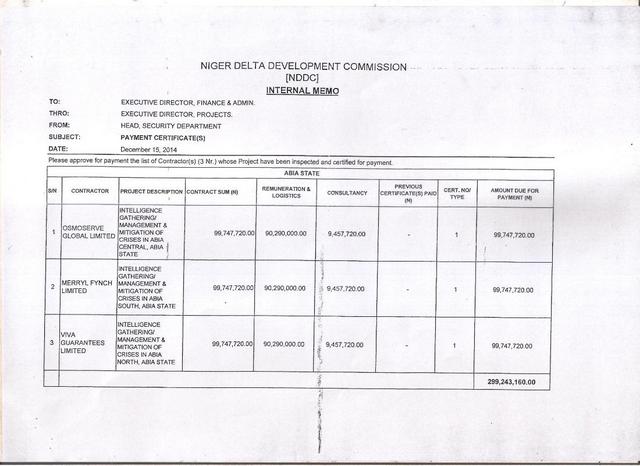