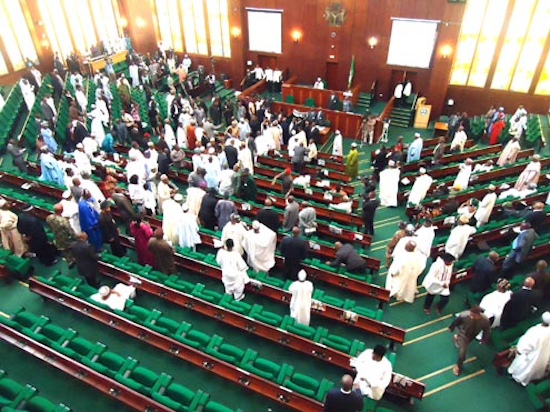 The House of Representatives descended into full blown crisis Thursday as rancorous members disrupted its session and physically assaulted each other over the election of House principal officers.

The House broke into two factions, one supporting the ruling All Progressives Congress, APC, which seeks to choose the House principal officers, and another, backing the the speaker, Yakubu Dogara, who insists on defying the party.

The House and the Senate have been rocked by crisis over the election of their principal officers.

Thursday’s crisis started as the speaker arrived at the House to commence plenary.

Shortly after settling in, APC members began to raise points of order as some lawmakers rushed for the mace, the symbol of authority of the House.