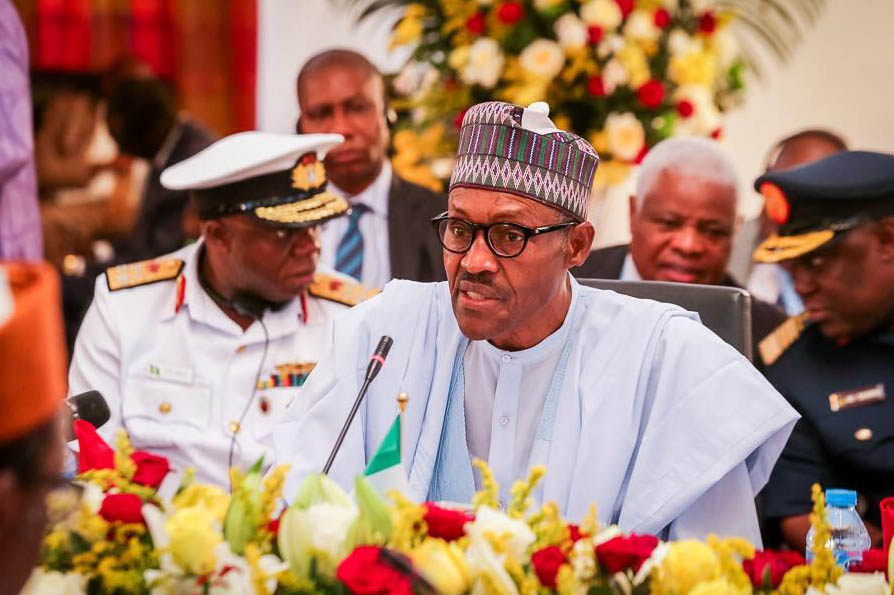 The money is to be released within the next one week to the multi-country military agency fighting the insurgent group, Boko Haram.

Nigeria made a pledge of $100 million as part of funds needed by the MNJTF- made of troops from Nigeria, Chad, Niger, and Cameroon – to fight the war against Boko Haram.

Speaking while chairing the Peace Security Council meeting at the ongoing 25th African Union summit in Johannesburg, South Africa, Mr. Buhari said it is time to put an end to the crisis in the African region before the 2020 target.

“Our continents is inundated with conflicts of diverse forms. They include the crisis in Burkina Faso, Mali, Libya, Central Africa Republic, South Sudan, and more recently in Burundi.

“As you are aware in 2013 during our 50th anniversary celebration of our union, we as African leaders committed ourselves to the objective of silencing the local guns in Africa by 2020.

Mr. Buhari said though achieving a conflict free continent within five years might seems doubtful with the numerous conflicts persisting, efforts must be made for peace to exist.

He spoke about the Boko Haram crisis and the global dimension to the crisis and added that countries need to partner to curb the crisis.

“In particular, we are witnesses to the rampant destruction of homes, roads, communications lines, vital infrastructures and displacement of persons not to mention terrible loss of lives.

“The Boko Haram insurgency has extended its reach to Nigeria’s neighbours but is not necessarily limited to these immediate countries as terrorism is a global phenomenon with linkages across the globe.

“In this regard, the member countries of the Lake Chad Basin Commission and Benin, met recently where far reaching decisions were taken to immediately put into operations the Multinational Joint Task Force.

“To this end, the summit approved the immediate provision of $30 million for the Multinational Joint Task Force.

“Consequently out of the pledge of $100 million which Nigeria made to the Multinational Joint Task Force, I have directed that $21 million be released within the next one week,” Mr. Buhari said.

Mr. Buhari lamented the situation in South Sudan and Burundi and criticised their leaders for what he termed “bickering”.

“Today’s meeting of PSC, which is to discuss the situations of South Sudan and Burundi, requires us to put these situations in proper context. The people of these countries are suffering while their political leaders are bickering among themselves.

“I believe that it is incumbent upon us as leaders to always place the interest of our countries above narrow and personal interest.

“It is therefore my expectations that at the end of this summit, the PSC will come out with a united message to call on all parties to act in the interest of their people and the entire continent.

“We must change the face of Africa, we must give hope to the hopeless.

“The time to do so is now as we look forward to the much await 2020 to deliver a continent that is at peace with itself, prosperous, a global partner and a democratic show case,” the President said.