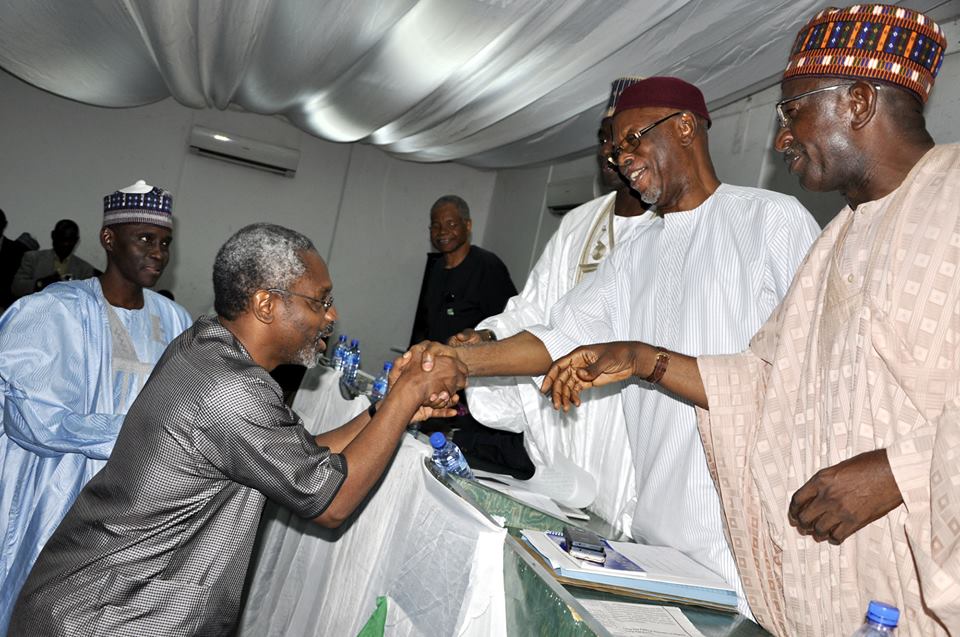 The All Progressives Congress, APC, has selected the member representing Surulere Federal Constituency, Lagos, in the House of Representatives, Femi Gbajabiamila, to run for the office of Speaker of the House.

Mr. Gbajabiamila was elected at a primary election for APC members organised by the leadership of the party on Saturday in Abuja.

Mr. Gbajabiamila scored 154 votes, while his challenger, Yakubu Dogara, who stormed out of the venue of the election before voting commenced, scored 3 votes.

After the vote, Mr. Gbajabiamila said on his Facebook page, “Thank you for your show of love and support. I am greatly humbled. Now I need to go get my PDP brothers and sisters.”

The House of Representatives is expected to elect a new Speaker on Tuesday.

Tahir Monguno was also elected as candidate for Deputy Speaker. He scored 153 votes.

One hundred and eighty three members attended the election, 161 voted. 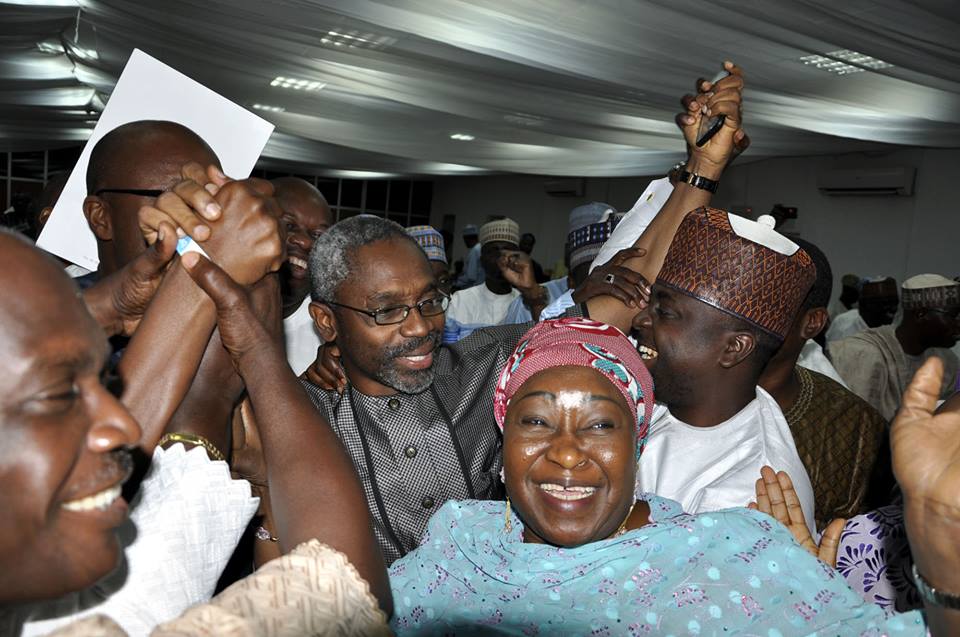 In a statement released shortly after Mr. Gbajabiamila was announced the winner, Mr. Dogara and his supporters said the election was against the position taken by President Muhammadu Buhari on the process of electing new leaders for the national assembly.

They also said it was unconstitutional for the party to organise a mock election before the main election.

They insisted that the real election for Speaker would hold on Tuesday inside the chamber of the national assembly.

See full text of statement below:

Our Stand on the Illegality perpetrated by leadership of the All Progressives Congress.

We in the 8th Assembly Consolidation Group of Hon. Yakubu Dogara wish to state our position on the event of today Saturday 6th June 2015 as follows:

That we went to the meeting with the expectation the party wanted to give us last word ahead of Tuesday’s inauguration of the House.

However, we began to notice some moves in the hall where members supporting Hon. Femi Gbajabiamila started campaigning and soon we saw ballot papers being moved in the hall.

The National Chairman of the party Chief John Oyegun informed us that they were going to conduct a mock, straw or primary election.

First, we read out the statement issued by our leader, President Muhammadu Buhari on the election of National Assembly leadership when he said: “It doesn’t matter who the person is, where he or she comes from. There is due process for selection of leaders of National Assembly and I WILL NOT INTERFERE IN THAT PROCESS. Nigeria has indeed entered a new dispensation. My administration does not intend to repeat the same mistakes made by previous governments.”

We then told Chief Oyegun that it is either he is disagreeing with the President, undermining his stance, or does not agree that the president is the leader of the party.

Secondly, we informed the party that the remaining two aspirants in the race for the Speaker are of the APC since no PDP member is contesting for the position. We should therefore be allowed to sort it out among ourselves on Tuesday.

Thirdly, if we were coming for election we ought to have been notified well ahead.

We therefore view this as an ambush, manipulative and indicative of the fact that the party leadership came with a predetermined position which was skewed to favour Hon. Femi Gbajabiamila.

The next Speaker of the House should be allowed to be elected in tandem with the constitution.

Consequently, we demanded that the process be delayed with atleast 24 hours to enable us to prepare and mobilise our members.

After raising these objections, the national chairman Chief Oyegun did not respond to any of the points raised.

Initially, the chairman agreed to halt the process but one hour later the National Vice Chairman North Senator Lawal Shuaibu came up and said the process must go on whether we like it or not.

At this stage we had no option than to walkout of the hall and address the press.

The election of the House Speaker is not an exclusivity of the APC but include all members from all political parties.

Our position is that we are not a party to what they did and we maintain that the election of the Speaker of the House of Representatives cannot be conducted outside the chamber of the House and we are ready to participate in that process on Tuesday 9th June, 2015.