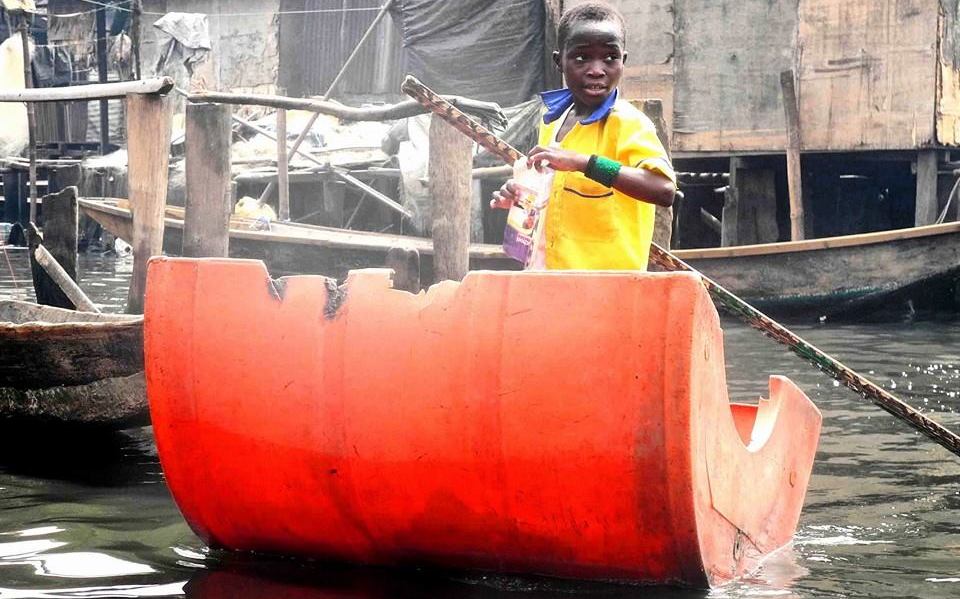 Despite its Federal Government and 36 states spending a staggering N34.4 trillion in seven years, Nigeria is still rated one of the world’s poorest countries as of 2015, according to multiple statistics and investigations from PREMIUM TIMES.

While the Federal Government received more than N19 trillion between 2007 – 2014, the country’s 36 states got more than N15 trillion during the period.

The investigation covers the period when late President Umaru Yar’Adua took office in 2007, to when current President, Goodluck Jonathan, succeeded him and continued till May 2014.

In spite of the huge revenue yields largely from burgeoning crude oil sales at the time, the governments at the federal and state levels failed woefully in investing the resources in developing infrastructure, creating jobs and alleviating poverty.

Currently, Nigeria is ranked third among countries with the highest population of extreme poor or people with abject poverty in the world.

In its latest report on the world’s poverty index, titled “Prosperity for All – Ending Extreme Poverty”, the World Bank listed Nigeria among five countries with the highest number of poor people in the world.

The other countries are India, China, Bangladesh and the Democratic Republic of Congo.

India accounts for 33 percent of the world’s poor followed by China with 13 percent while Nigeria comes third with seven percent.

Bangladesh is ranked fourth with six percent of the world’s poor and Democratic Republic of Congo fifth with five percent.

According to the World Bank report, India, China, Nigeria, Bangladesh and the DRC are home to nearly 760 million of the world’s poor people.

However, data obtained by the National Bureau of Statistics, NBS, puts the population of Nigerians in poverty at about 112 million, representing about 67 percent of the country’s 167 million population.

Currently, Nigeria’s per capita GDP stands at $1,555 per annum.

South Africa, which is rated the second largest economy in Africa, behind Nigeria, has a per capita GDP of $7,336 per annum.

While the country is basking in the euphoria of a rebased economy, which has make it the biggest economy in Africa, the reality at home is different, and indeed pathetic.

Data from the country’s statistics bureau show that Nigeria’s North-East and the North-West zones have the highest percentage of absolute poor people while the least poverty ratings are recorded in South-West and South-South zones.

In many North-East and North-West states, the percentage of people rated absolute poor ranges from 68 – 81 percent while states in the North-Central range between 60 – 74 percent.

Explaining why Nigeria performs so abysmally in the poverty ratings, the outgone Minister of Finance and Coordinating Minister for the Economy, Ngozi Okonjo-Iweala, said the country is rated among the poorest in the world because of its large population.

Irrespective of a country’s level of development, poverty is rated based on population, adding that being one of the most populated countries in the world, Nigeria is rated among nations with high poverty levels.

Mrs. Okonjo-Iweala, who was reacting to the World Bank report, said the number of poor people is peculiar with middle-income countries which Nigeria belongs.

“India, a middle-income country, one of the largest economies in the world like Nigeria, is a big economy, but the largest number of poor people in the world reside in India, China and other places,” the minister said.

“Most middle-income countries, including Brazil, have large number of poor people that is the reality of today and Nigeria is no exception.

“And when the World Bank president was talking, he also talked about those countries. He mentioned that India is doing well and it has a large number of poor people.

“So, we should not try to single Nigeria out. The phenomenon we have in Nigeria is that we are growing but there are poor people everywhere,” she added

Hussaini Abdu, a development expert and country director, Plan International, said what the country earned from crude oil sales in the last 15 years tripled what it earned in its first 35 years of nationhood.

“When you check the first 35 years of our national history and compare it with the last 15 years of democratic governance, you find that what has been received as allocation now outweighs what we received,” Mr. Abdu said.

“One therefore, wonders what we have done with the resources we have gotten during the last 15 years because almost every mega project and infrastructure in the country was built before we attained democratic governance.”

Mr. Abdu insisted that it would be difficult for the country to make meaningful progress when only 30 percent of the budgetary allocation of the federal and most of the state governments are used for capital projects.

He also blamed the nation’s woes on the flamboyant lifestyles of political office holders and top civil servants, who waste huge public funds in expensive and needless oversea travels and trainings, as well as in classy cars and perks.

According to a recent research carried out by Actionaid Nigeria, Mr. Abdu’s former organisation, over 10.5 million Nigerian children are out of schools, with the figure averaging school dropouts in four African countries.

Given the huge funds received by both the Federal and state governments in Nigeria, the Director, Health of Mother Earth Foundation, Nnimmo Bassey, said money does not cure poverty.

“If money could eliminate poverty, the incidents of jackpot winners going broke or running crazy would not be routine,” Mr. Bassey said.

Mr. Bassey, a renowned activist cited cases where governments in Nigeria inaugurate water projects with water supplied from tankers and how lavish ceremonies are organised to reopen rehabilitated roads as reasons the country cannot make progress.

He said, “We should be glad that oil prices have plummeted and hopefully make our leaders consider cutting down on their excesses, including learning to travel on commercial flights and not on private jets.

“At present the voodoo economic system we run simply encourages ravenous behaviours by the wielders of state power. And the outcome is predictable,” he said.

Until there is true transformative change in the country, he argued, the squandering of riches will persist.

If not checked, Mr. Bassey warned that the continuous impoverishment of the people by the ruling elite would trigger a bloody backlash.

Based on investigations carried out by his organisation, Rommy Mom, the president of Lawyers Alert, said the federal and state authorities spent more funds in running government than in physical development and the welfare of the people.

“Most of the states are spending more on running their governments than on improving the welfare of their people and investments that will enhance their productive capacity,” Mr. Mom said.

He said the Nigerian version of democracy is a “government of the people, not by the people but for the political elite.”

With the exception of Akwa Ibom, Nasarawa and Zamfara states, he said the federal government and 33 state governments in Nigeria spent much of their budgets on recurrent votes.

According to him, only Akwa Ibom State committed 83 percent of its 2012 budget for capital expenditure, more than the 70 percent required for developing countries to ensure sustainable development.

During the same period, he said Zamfara State earmarked 63 percent of its budget for capital expenditure while Nasarawa allocated 60 percent for the same purpose.

Mr. Mom also blamed the rising poverty and underdevelopment in the country to poor budget implementation, lack of oversight capacity on part of the legislature and executive recklessness.

DIGITAL TV TALK: Pay-Per-View: What You Need To Know