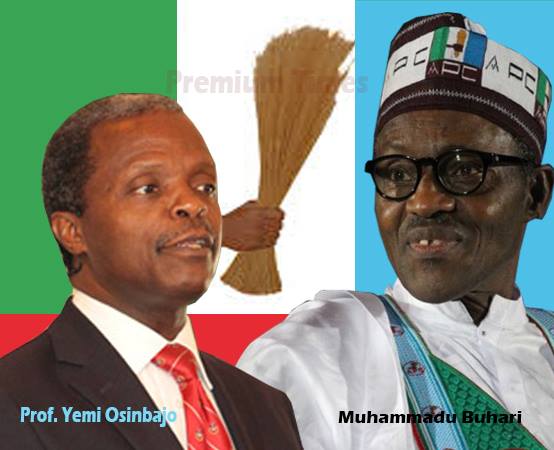 Nigeria’s new president, Muhammadu Buhari, and his deputy, Yemi Osinbajo, will earn annual basic salaries of N3, 514, 705 and N3, 031, 572.50 respectively, according to the information on the website of the Revenue Mobilization Allocation and Fiscal Commission.

The RMAFC is statutorily empowered by Section 32 (d) of Part 1 of the Third Schedule of the Constitution to determine the remuneration appropriate for political office holders.

Other regular allowances like motor vehicle fuelling and maintenance, special assistant, personal assistant, domestic staff, entertainment, utilities, security and Newspapers and periodicals are to be provided by the government – not paid for.

Allowances like accommodation, furniture, and duty tour allowance (per night), estacode (per night) and medical allowances are also to be provided as requested.

The allowances are paid periodically, some monthly, a few once in four years. Duty Tour Allowance and Estacode depend on travels.

He will also receive a motor vehicle loan at 400 per cent of his basic salary which is N12, 126, 290; to be repaid at the expiration of his tenure.

The salaries and allowances are drawn from the Consolidated Revenue Fund.

The current salary structure and allowances were fixed by the RMAFC in 2007.

Before the review, the basic annual salary of the then president, Olusegun Obasanjo, was N2,586,000 per annum, while that of his deputy, Atiku Abubakar was N1,938,000 the same as that of the Chief Justice of Nigeria and the Senate President, both heads of the judiciary and the legislature.

This was as a result of the review of the salary structure and associated allowances for the top federal public office holders earlier carried out by the National Salaries and Wages Commission.

This followed the review of the salary structure and associated allowances for the top federal public office holders earlier carried out by the National Salaries and Wages Commission.