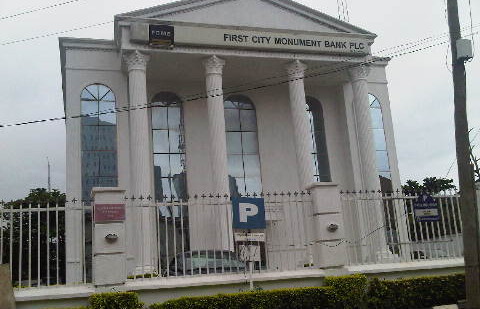 Two bankers and a dubious businessman are in soup for stealing sums totalling N1 billion from the federal ministry of environment.

First City Monument Bank, FCMB, was joined in the suit for allegedly facilitating the illegal transfer of N924, 989, 776. 89 without following laid down financial guidelines.

Mr. Adeyanju is a contractor resident in the FCT while Messrs. Ochoche and Joseph are staff of FCMB.

While Mr. Adeyanju is facing an 8-count charge of illegally receiving the sum of N468, 794, 613.79 from the ministry through fraudulent means and illegally facilitating the payment of various sums of the ministry’s funds through the accounts of proxies, the other two are accused of aiding and abetting the commission of the crime.

Mr. Adeyanju is also accused of forging the payment schedule of the ministry with the intention of defrauding the organization of its monies from its account with the FCMB and equally forging the identification card of a staff of the ministry in his attempt to submit the forged payment schedule, an offence contrary to Section 363 and punishable under section 364 of the Penal Code.

Investigations reveal that the permanent secretary in the Environment ministry, Nana Fatima Mede, upon resumption of duty had instructed the ministry’s banks to alert her whenever transactions are made in the accounts. Soon, she received an alert indicating the withdrawal of hundreds of millions of naira which account officials in the ministry could not explain.

Mede quickly made a report of the fraudulent withdrawal of the sum of N924, 989,776.89 from the ministry’s Great Greenwall account domiciled with the FCMB after which detectives commenced investigations.
It was discovered after preliminary investigations that Adeyanju had forged letters of award of contract ostensibly signed by officials of the ministry to his company, Detwinx Global Service Limited, and three other companies owned by associates.

In the forged letters, the companies were awarded various bogus contracts by the ministry.
The contract papers purportedly signed by one Edet Sunday Akpan, the director of finance and account, were supposedly for the construction of site fencing in Jigawa State.

Afterwards, Adeyanju allegedly forged payment schedules of the ministry dated November 21 where various amounts of monies were allotted to the companies owned by his friends and associates.

Afanzuwa Venture in an attempt to beat the system subsequently attempted to raise the dollar equivalent of the funds when it reached its account but was stopped by eagle eyed operatives of the ICPC.

Principals of the companies have however told investigators that they did not know the fraudulent nature of the transaction when they provided their accounts to the accused for the lodgement of the funds.

In order to make the fraudulent scheme look genuine, a fake account of the Federal Inland Revenue Service, FIRS, with the United Bank of Africa, UBA was also credited with N92, 499, 553.60 supposedly as Value Added Tax, VAT, on the fraudulent transaction. But the account is owned and controlled by the rogue businessman.

He is believed to have used part of his illegally gotten money to purchase two luxury cars – a Peugeot Jeep for himself and a Lexus Jeep for his wife, and was said to be on his way to inspect choice properties in Dubai when he was arrested by the ICPC.

“In all, the sum of N924, 989, 494.89, monies belonging to the ministry of environment in the account in FCMB was fraudulently paid out without the bank officials taking the necessary precaution to protect the ministry’s funds as required under the law and rules of procedure of the bank. The payment schedule was received by the two other accused persons who were familiar with the authorized signatories of the ministry,” investigators stated.

Officials of FCMB are accused of not carrying out proper confirmation by phone or physical contact due to the large volume of cash involved and also failing to carry out the relevant checks to verify the authenticity of the transaction even though it was familiar with the mandate as well as phone number of the director of finance and account.

However, the principal accused, Adeyanju, fingered the director of finance and account, Akpan Edet, as being the one who singlehandedly facilitated the fraud while he said he had simply supplied accounts through which the monies could be siphoned.

The 40-year-old Adeyanju told investigators that he had done similar deals in the past with Edet whom he alleged signed the contract papers used for the fraud.

Edet, whom Adeyanju said he met in April 2014 when he had gone to request for contract opportunities, had given him similar “jobs” in the past which principally involved the usage of his account to facilitate the payment of proceeds from dubious contracts allegedly awarded by the ministry.

He said Edet told him that he had executed the said contracts in the name of Adeyanju’s firm, Detwinx and only needed an account to facilitate the payment. He said he had never been in possession of any contract papers as alleged by investigators.

He said he had equally made the information known to Zenith bank officials when he was asked the source of the money credited to his account adding that he was never challenged.

Edet on his part told investigators that he did not know Adeyanju or the companies listed on the payment schedule. He said he did not give approval for the disbursement of the funds paid into the accounts of the companies or raise the payment vouchers in the first instance.

Edet also said that he was not in Abuja but Kebbi State on the day that the fraud was perpetrated and had problems with his mobile line hence he said he could not have received any call from bank officials alerting him of the transaction.

He also said that the bank could as well have contacted the relevant authorities of the suspicious nature of the transaction due to its large volume rather than waiting for the ministry to alert the security agencies.

Eniola Joseph, the FCMB account manager for the ministry, however maintained that she had called Edet on the day the fraud was carried out and he had given her go ahead to pay all the schedules after she received them from Ochoche, a platform assistant who handles such schedules first.

This, she said, made her instruct the branch operations department to process the payments.

She could however not provide investigators with the log of the call she allegedly made.

Finding it curious that Edet was not charged along with the others, the ICIRnigeria investigated the matter further and discovered that the ICPC could not establish any link between him and the fraud.

Investigations in the ministry indicate that Edet is generally regarded as an honest official who could not have been involved in such a monumental fraud. He is said to have prevented such fraudulent activities in the ministry before and is trusted even by the permanent secretary who discovered the N1 billion scam.

We have the permission of the International Centre of Investigative Reporting to republish this report, which originally appeared on their website.