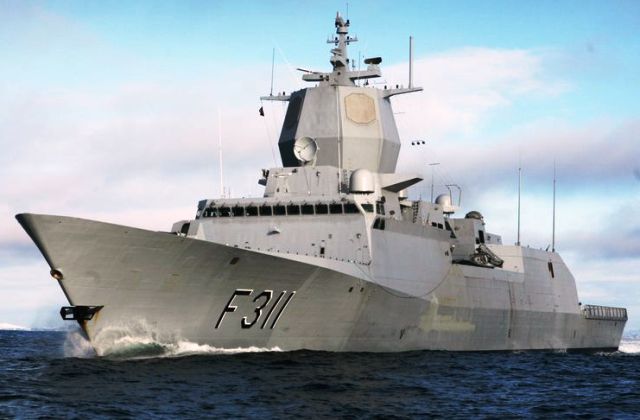 Norwegian Defence Chief, Haakon Bruun-Hansen, an admiral, has apologised to the country’s lawmakers for the sale of a fleet of a decommissioned naval battleships and combats boats to a former Niger Delta militant, Government Ekpemupolo, also known as Tompolo.

Mr. Ekpemupolo was the leader of one of the several militias in the Niger Delta region that led a devastating campaign of violence against the Nigerian state for several years until he was awarded a multi-billion pipeline protection contract by the out-going Goodluck Jonathan administration as part of an amnesty deal with ex-combatants.

After giving up fighting, surrendering his arms, and leading his men to hand over their weapons, Tompolo in 2012 received at least six decommissioned Norwegian battleships, a Norwegian newspaper, Daglabet, found in December.

The most recent hardware was the KNM Horten, a fast-attack craft allegedly used for anti-piracy patrol in the Nigerian waters.

Daglabet reported that the sale was implemented through a shell maritime Security Company based in the United Kingdom, CAS Global.

CAS Global was used to evade a requirement by Norway that arms dealers obtain export license from their country’s foreign affairs ministry, the report adds.

After the deal became public in December, the Director General of NIMASA, Patrick Ziakede Akpobolokemi, claimed the vessels were purchased as part of a Public Private Partnership (PPP) arrangement in conjunction with the Nigerian Navy. He said the Navy has rearmed the vessels to enable it effectively carried out its anti-piracy patrol.

“As an arm of the government responsible for maritime safety, security and regulations amongst others, we work in conjunction with the Nigerian Navy and other relevant security agencies to use their men and arms to patrol and provide safety of the country’s water ways, as mandated by the global body, the International Maritime Organisation (IMO).

“It is the Navy that has fitted their guns on the vessels to aid their policing of the maritime domain,” he said.

The Norwegian government also, at the time, defended the transaction, according to Daglabet newspaper, saying the export “followed correct procedure and terms of export to Great Britain. The re-export from Great Britain to Nigeria is a question to be handled solely by British export control authorities”.

But the report that Norway sold such military hardware to an individual with a history of violence angered the country’s lawmakers and triggered an investigation leading to the arrest of three Norwegian civil servants, now being charged for corruption.

Speaking during a parliamentary disciplinary committee enquiry into the sale of the battleships this week, the defence chief, Mr. Bruun-Hansen, admitted that military officials did not do proper due diligence before selling the decommissioned ships.

“The fact that the vessels have landed in Nigeria under Nigerian flag reflects a breakdown in our systems, and I apologize for that,” Mr. Bruun-Hansen said during Thursday’s hearing.

Mr. Bruun-Hansen was not the Chief of Defence at the time when the battle ship were sold to CAS Global.

News bureau NTB reported that Mr. Bruun-Hansen’s predecessor, Harald Sunde, who was in-charge when the deal was struck, also apologised saying he was disappointed over all the mistakes made.

He however blamed the breakdown of due diligence in the sale of the vessel to a reorganisation at the defence department’s logistics organization (FLO), at the time the sales was made.

Also speaking during the hearing, Norwegian Foreign Minister, Børge Brende, said a lot about the sale and export of the vessels are still not known and the state prosecutor has been ordered to seek possible criminal violations.

Dagbladet, which uncovered the shady deal, reported that a simple google search would have revealed that CAS Global only had a post office address, yet the military went ahead and allowed Nigerian representatives of the firm, probably handpicked by Mr. Ekpemupolo, to inspect the vessels before they were sold.

“Does this mean that anybody can buy these boats, as long as they sign a declaration?” asked an irate Member of Parliament, Erik Skutle. “Even terrorists? How on earth could this happen?” he added.

During the hearing, Petter Jansen, the head of FLO also tried unsuccessfully to answer questions about another revelation by Dagbladet that Norwegian military had another former Norwegian Coast Guard vessel, the KV Titran, through a South African brokerage company, Nautic Africa, which in turn sold the vessel to an unnamed Nigerian company.