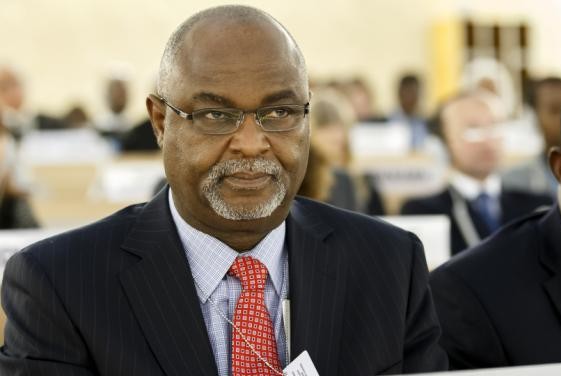 President Goodluck Jonathan has rebuked the permanent secretary in the Ministry of Foreign Affairs, Danjuma Sheni, for allegedly prompting the recall of Nigeria’s envoys to South Africa without due authorisation, triggering a diplomatic spat between the two countries.

The president queried Mr. Sheni Monday, and placed him on suspension to allow investigation into the matter, officials told PREMIUM TIMES Tuesday.

A statement from the foreign affairs ministry, attributed to the minister, Aminu Wali, said the diplomats were “summoned for consultations” over the attacks.

South Africa slammed the decision, describing it as “unfortunate and regrettable”, and portraying Nigeria as opportunistic.

South Africa’s foreign affairs spokesperson, Clayson Monyela, said in a statement that his country was shocked that the Nigerian government would resort “to such an extraordinary diplomatic step to express outrage at actions or behaviour of another government”.

“We are not sure which actions or behaviour of the South African Government the Nigerian Government is protesting,” Mr. Monyela said. “If this action is based on the incidents of attacks on foreign nationals in some parts of our country, it would be curious for a sisterly country to want to exploit such a painful episode for whatever agenda.”

South Africa said it did not criticise the Nigerian government’s handling of the deaths of 84 of its nationals at a collapsed guest house of Synagogue Church of All Nations on September 12, 2014.

An outraged President Jonathan holds Mr. Sheni responsible for the recall of the diplomats, sources in the ministry and the presidency told PREMIUM TIMES Tuesday.

A decision on whether to fire or replace Mr. Sheni will depend on his response to the query issued him, officials said.

“The president never authorised the recall,” one source said. “For you to recall an envoy, the man he represents has to know.”

Our sources dismissed earlier suggestions by the foreign affairs ministry that the diplomats were merely “summoned for consultations”, saying such discussions could have been conducted electronically.

It is not clear why the Minister, Mr. Wali, was spared. On Tuesday, Mr. Wali advised against recalling the envoys in South Africa, but urged the evacuation of Nigerians if the situation in South Africa deteriorates.
Mr. Sheni was appointed the permanent secretary of the Ministry of Foreign Affairs in November 2014, having been redeployed from the Office of the Secretary to Government of the Federation.

Officials said despite a robust career run that saw Mr. Sheni serve in various missions abroad, including Washington DC, New York, USA and Brussels Belgium, the permanent secretary has been behind several diplomatic missteps since arriving at the ministry.

The sources said Mr. Sheni was also responsible for the recent row between Nigeria and Morocco, following the north African nation’s disclosure that its king turned down a request to speak with President Jonathan.
The officials said it was Mr. Sheni who triggered a statement denying that Mr. Jonathan was snubbed, an apparent falsehood that later embarrassed Mr. Jonathan and the country.

At the time, the president also ordered an investigation into the Morocco row, and vowed to punish those responsible for the misinformation. It is unclear if he did.