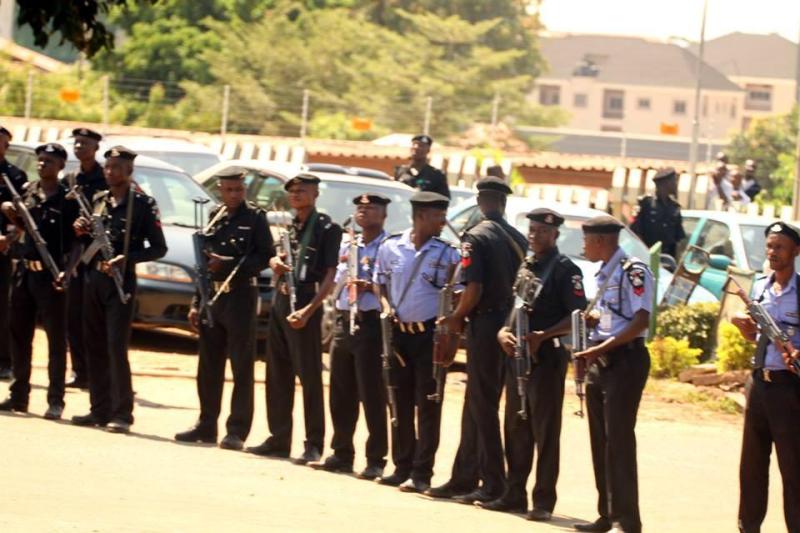 Ten counter-terrorism police officers attached to the Nigeria army peacekeeping forward operation base in Abuja are currently unlawfully detained at a military barrack in Gwagwalada, Abuja, PREMIUM TIMES has learnt.

The personnel were locked up since Tuesday without food and medical care for refusing to wear military fatigues for an operation they feared could be illegal.

According to the detainees, they were detained on the instruction of a Colonel Kalejaye, head of the army forward operation base, because they refused his directive to “impersonate” soldiers by wearing their uniforms for a training in Kaduna State.

Some of the detainees told PREMIUM TIMES the Colonel wanted to send them for training at War College, Jaji, Kaduna State, without the knowledge of the Nigeria police authority that deployed them in the first instance.

One of the policemen said he and his colleagues were kept in a cell without food or water for three days, and that they were denied health care.

“We told them that as policemen, we are not entitled to wear military uniforms, unless, we need a corporate signal from our IGP or our authority at force headquarters, that will enable us to go for the operation,” he said.

“Even as I’m talking to you, our luggages are in Jaji now, so we told the Colonel that, as a policeman, we have our own law, you have your law, and we cannot do anything without signal.”

The source said after their complaint, the colonel gave an order that they be moved to the police headquarters in Abuja.

Midway, they were instead taken to an army barrack in Gwagwalada, called Special Force barrack, 172 battalion.

“From there, they now moved us to Gwagwalada in one bush, and the barrack is under construction. So when we got there, we said we are not entering into this cell except a senior police officer is here with a detention order.

“Before we knew it, they mobilized more troops about 50, with arms, and started molesting us, beating us, to the extent that some of our men were wounded, some complained that they have ulcer, they did not answer. They just packed all of us inside the cell, no toilet, no food, where we are sleeping is where we pee,” he told PREMIUM TIMES.

The police officers were part of the team sent to Russia for counter terrorism training, this paper understands.

Since their return December 2014, they had been camped at the UN peace-keeping camp in Abuja, before they were given instructions to dress as soldiers for a training.

The officers were nominated by the National Security Adviser’s office for the Russian course. The latest returnees were the third batch, numbering between 45 or 46.

Only 10 were asked to wear uniforms.

PREMIUM TIMES could not establish the exact details of the training or assignment in Jaji.

Pressed on the nature of assignment they were instructed by the army to go for, the police officers, who spoke to PREMIUM TIMES, said. “Because we don’t know that is why we insist(ed) that the police authority must be aware before we proceed for any movement or put on military uniform because we believe that wearing army uniform without approval is tantamount to impersonation, illegal and unconstitutional,” he said.

The spokesperson for the Nigeria Police, Emmanuel Ojukwu, confirmed that the police were aware of the matter and were investigating it.

“We are aware and we are looking into it, that’s all I can say,” Mr Ojukwu said on the phone, before abruptly ending the call.

This paper could not reach the Army spokesperson, Sani Usman, a colonel, as repeated calls to his telephone lines were unanswered.

5 burnt in auto-crash on Lagos-Ibadan Expressway