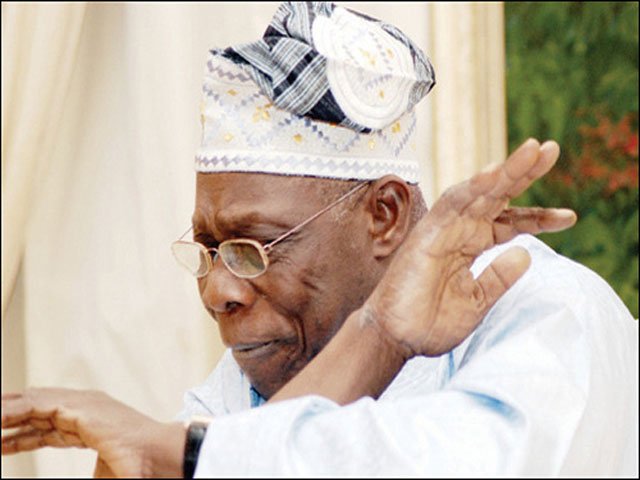 Mr. Obasanjo on Monday announced his decision to leave the party at his residence in Abeokuta, saying he was no more a politician, but would remain a statesman.

The former president indicated his decision came ahead of a plan by the party to dismiss him, possibly for alleged anti-party activities.

Mr. Obasanjo had been engaged in a running feud with President Goodluck Jonathan whom he accused of failing in leadership and encouraging corruption.

He also accused the president of plotting to stir trouble in the country resulting in a military takeover, if he loses upcoming elections. Last week, Mr. Obasanjo endorsed Mr. Jonathan’s challenger, Muhammadu Buhari.

Mr. Jonathan in turn, on Saturday, accused the former president of working to create an Interim National Government, which he hopes to head.

“They said they want to expel me from PDP, although I have not been told but I have my ears on ground. We’ve been trying to run away from a man but he pleads we wait for him at the other side of the river. I have told you before that I became president on the platform of PDP, once I leave PDP I will not join any party,” he told journalists.

“I will only be a Nigerian, I am ready to work with anybody regardless of political affiliation. Why would some people say they want to send me away, they don’t need to bother themselves, here’s your membership card, take it,” Mr. Obasanjo said, before dumping his membership card which was later torn by a member of the party from his ward.

“From today on, in the presence of all us and with your support, I am not going to be in any political party in Nigeria. I am no more a politician but a statesman both internally and externally. The issued that they want to expel me from the party for, once you people are with me what other people am I looking for,” he said.