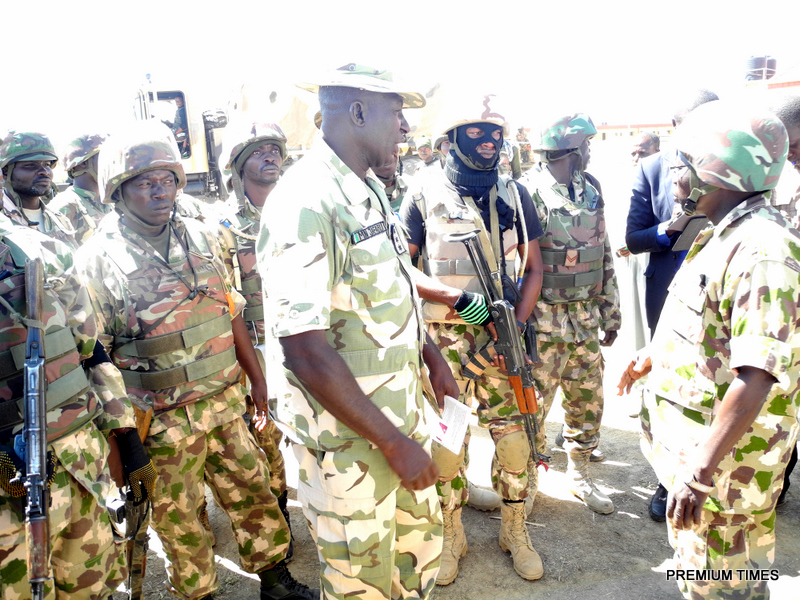 Boko Haram: Military got intelligence report before Monguno attack, yet taken by surprise

The Nigerian military received reliable intelligence report indicating that the Boko Haram sect would launch a massive attack on Monguno, yet troops were taken by surprise when the insurgents struck early Sunday, suggesting the 5 Brigade stationed in the area failed to prepare adequately for the group’s onslaught.

Reliable military sources told PREMIUM TIMES that the Brigade received report indicating the insurgents would attack between January 22 and 25.

The report, our sources said, was read to officers and men of the Brigade on the night of January 22, with a stern warning that everyone should remain on high alert.

Despite warning troops to remain on alert, the leadership of the formation failed to take the necessary steps and make the right deployment of men and equipment to check the imminent attack, PREMIUM TIMES was told.

When the terrorists arrived on Sunday, the troops were therefore taken by surprise.

Military insiders said the insurgents arrived at about 2 am on Sunday, parking their Hilux vans deep into the bush, with their headlights on.

Soldiers of the Brigade, who saw the unusual lights, began to shoot in the direction of the vans without knowing that the insurgents had left the vans and advanced close to the Brigade headquarters.

Suddenly, the insurgents began to shoot sporadically. The troop of the Brigade, including those of the Multinational Joint Task Force [MJTF], who were camped at a school inside the barracks after they were dislodged from Baga, engaged the terrorists in a long exchange of gunfire.

The biggest fighting tank owned by the Brigade, known as Shika, killed several insurgents, and wounded several others.

It was such a long battle that the equipment, which provided cover for ground troops, suddenly ran out of ammunition and began to withdraw.

As it withdrew, the rifle men behind also retreated, as the insurgents followed in pursuit. In the process, the commander of the Brigade, a Brigadier General Yekini, and a few other soldiers were wounded. It is not clear the number of soldiers and insurgents killed in the attack.

“We could have overpowered the insurgents, but there was no enough ammunition,” an officer, who participated in the battle, told PREMIUM TIMES.

But when contacted Monday, the Director of Defence Information, Chris Olukolade, a Major General, dismissed the suggestion that the military did not prepare enough for the attack despite knowing days before that it was coming.
“Because it is an area that is prone to attacks, our officers and men are always on the alert,” Mr. Olukolade said.

Meanwhile, the 5 Brigade commander, who was injured in the attack, has been removed from his post and replaced with another officer who addressed the dislodged soldiers on Monday morning asking them to remain calm and focused on the task ahead.

It is not known whether his removal has to do with the injury he suffered in battle or his alleged failure to prepare his Brigade well to fend off the onslaught.

Nigerian soldiers in Borno state had on Sunday faced three separate and daring raids by the extremist Boko Haram sect on three major towns, successfully repelling two of them, and losing the battle for one.

Mr. Olukolade said the daring attacks on Maiduguri and neighbouring Konduga by insurgents were successfully repelled by soldiers while officers and men of 5 Brigade lost the battle for Monguno.