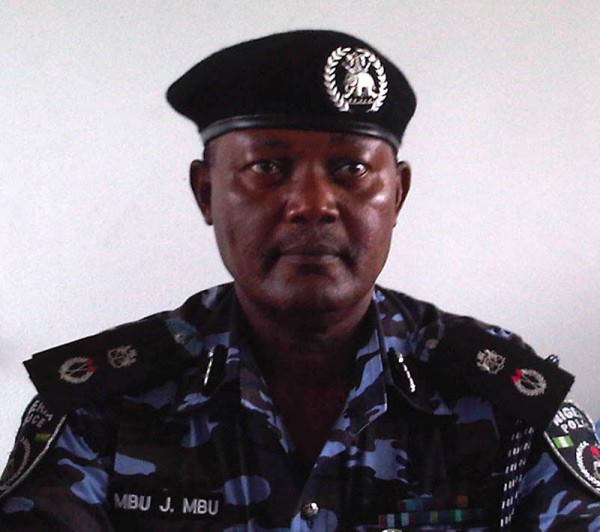 Mr. Mbu, who was in charge of Police Zone 7, which covers Abuja and the neighbouring states, was first the Rivers State Police Commissioner until February, 2014, when he was posted to the Federal Capital Territory, FCT.

The governor had accused him of doing the bidding of Patience Jonathan, wife of President Goodluck Jonathan, and attempting to hijack the control of the state.

After his transfer, Mr. Mbu declared himself the “lion” that tamed Rivers State “tiger”, apparently referring to Mr. Amaechi.

Last week, Mr. Mbu described himself as a rebel with a good cause, and threatened to “bring down” any community that kills a police personnel.

A statement by the police spokesperson, Emmanuel Ojukwu, said the redeployment of Mr. Mbu and the other AIGs is part of the reorganization of the Nigeria Police Force.

He said the redeployment to various departments, zonal commands and formations of the Force is effective immediately.

Mr. Abba charged the newly promoted officers to be more service-oriented in the discharge of their constitutional responsibilities.

He also urged the public to partner closely with the force in its determination to ensure improved safety and security in Nigeria.

Why we introduced card readers — INEC