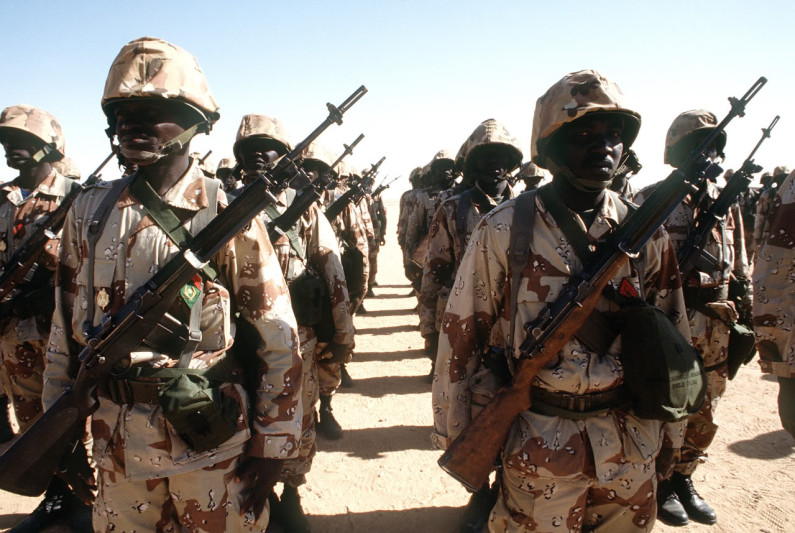 The court martial of 22 top army officers including a Brigadier General is set to begin today (Monday) at the Ikeja Military Cantonment in Lagos, PREMIUM TIMES has learnt.

The lawyer representing some of the officers, Femi Falana, who was on his way to the venue of the trial at the time of filing this report, said the army authorities have not told him the charges preferred against the accused officers.

It is however believed the officers are being prosecuted for alleged offences committed during the on-going war against Boko Haram insurgents in the North East of the Country.

This is the first time senior army officers would be put on trial for offences related to the military’s campaign in the North East.

Those affected by a gale of court-martialling that swept through the Army since 2014, were mostly non-commissioned personnel, many of whom were either sacked or sentenced to death.

In December, 54 soldiers were sentenced to death for conspiracy to commit mutiny and mutiny. The Army said the soldiers disobeyed a direct order from their superior officers to take part in an operation. The soldiers however said they only asked for support equipment before embarking on the operation.

Twelve other soldiers had been previously sentenced to death by firing squad for shooting at a car conveying their commanding officer, Ahmed Mohammed, a Major General.

The soldiers revolted after some of their colleagues were ambushed and killed by Boko Haram extremists, an attack they blamed on their superior officer.

Also in December 200 soldiers were sacked after an overnight trial. They had been held in detention for three months and denied communication to their families or legal representation.