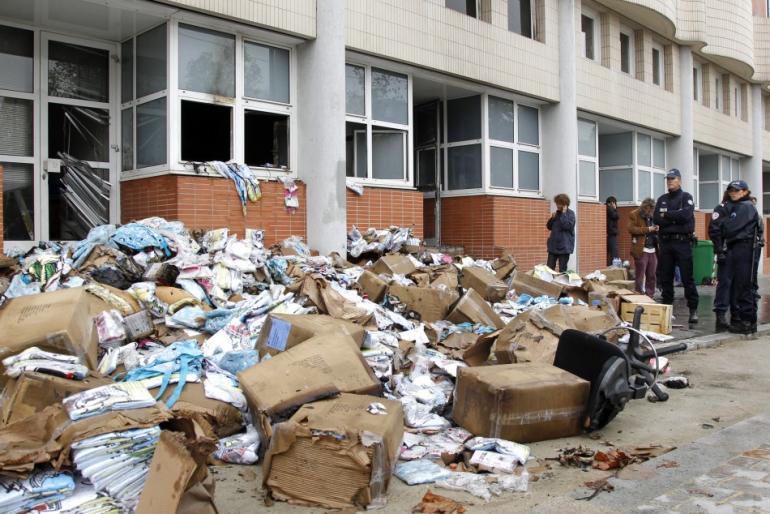 11 killed in France as gunmen storm office of satirical newspaper

At least 11 people have been killed after two masked gunmen armed with Kalashnikovs stormed the office of a French satirical newspaper, Charlie Hebdo, in Paris on Wednesday.

The Chief of Paris police, Xavier Castaing, also said 11 people have been confirmed killed in the shooting.

Some of those killed were journalists, and at least two police personnel also died in the attack, officials said.
The attackers remained at large after fleeing the scene.

French news channel, France Info, quoted a witness, Benoît Bringer, who said he watched the attack from a nearby building.

“About a half an hour ago, two black-hooded men entered the building with Kalashnikovs. A few minutes later, we heard lots of shots,” Mr. Bringer said.

Mr. Bringer told the station that he saw the hooded men fleeing the building soon after.

President Hollande who alongside French Interior Minister, said the incident was “undoubtedly a terrorist attack of exceptional barbarity” and ordered that the country’s terrorist alert status level to be increased to the highest level.

He said several terrorist attacks have been prevented recently. Security has been increased in places of worship, news organisations and transport stations, which are often targeted by terrorists.

In the past, the newspaper stirred outrage among some Muslims after it published a satire of Prophet Muhammad and Islam.

In 2011 its offices were firebombed after it published a cartoon of the prophet on its cover promising “100 lashes if you don’t die laughing!”