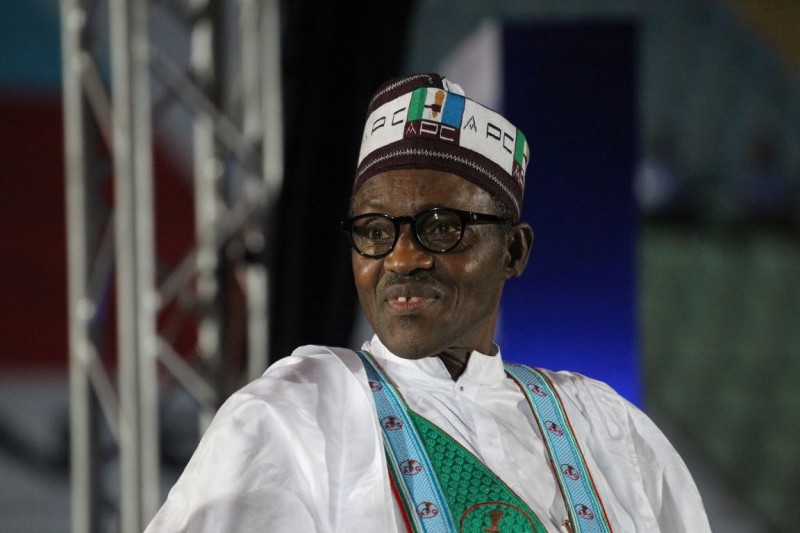 A former Head of State, Muhammadu Buhari, has emerged the presidential candidate of the All Progressives Congress, APC.

He defeated four other aspirants to win the ticket by polling 3,430 votes at the party’s national convention held at the Teslim Balogun Stadium, Lagos.

Sixteen votes were considered invalid and were therefore voided.

A total of 7,214 delegates were accredited to vote at the convention attended by the leaders of the opposition party.

With his victory, Mr. Buhari, a retired military general, will now face President Goodluck Jonathan, whose adoption was ratified by the Peoples Democratic Party, PDP, at its special convention in the early hours of Thursday, in the February 14 presidential election.

It would also be the fourth time the former military leader will be running for president. He lost in all three previous ones.

In 2003, Mr. Buhari contested on the platform of the defunct All Nigeria Peoples Party, ANPP, against former President Olusegun Obasanjo of the PDP.

A few months after he and some of his loyalists dumped the ANPP to float a new party, the Congress for Progressive Congress, CPC, in 2011, Mr. Buhari threw his hat into the presidential ring again. He contested against Mr. Jonathan but polled 12, 214,853 to the president’s 22,495,187 votes.

The February 14 presidential election will therefore be a replay of the 2011 electoral battle as both Messrs Buhari and Jonathan will also feature again in the contest.