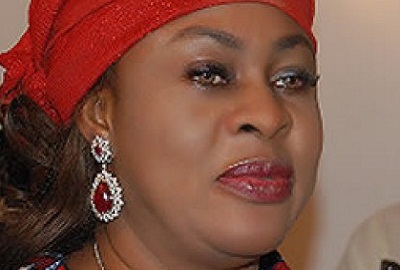 The immediate past Minister of Aviation, Stella Oduah, has won the Peoples’ Democratic Party, PDP ticket for Anambra Senatorial seat.

Other contestants for the ticket included Sam Ikefuna, 10 votes; and John Emeka, 15 votes.

The former minister, who picked the party’s nomination form last October, got almost 90 percent of the total votes cast by delegates.

Mrs. Oduah was removed from office in Febraury, amid allegations corruption after she ordered the purchase of armoured cars not listed in the budget, and at nearly twice the market price.