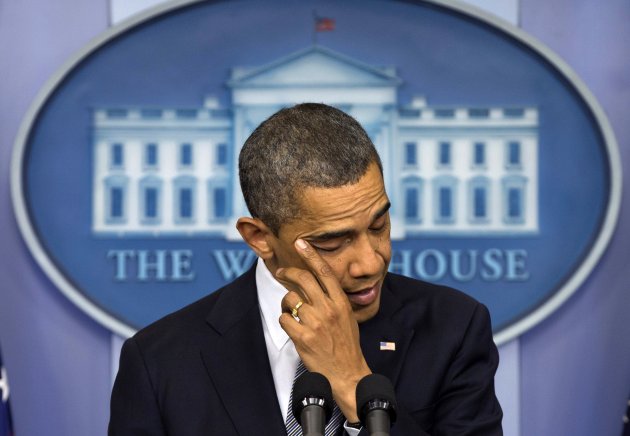 Disappointed by the refusal of the United States to help Nigeria procure military weapons to combat Boko Haram, the federal government has now openly expressed its dissatisfaction with the American government decision, arguing that the Americans were letting Nigeria down at her hour of need, Empowered Newswire reports.

Speaking Monday while receiving a delegation of the U.S. Council on Foreign Relations, the Nigerian Ambassador to the United States, Professor Ade Adefuye said both the Nigerian people and the government feel abandoned by America.

According to Mr. Adefuye “I am sad to inform you that the Nigerian leadership: military and political, and even the general populace, are not satisfied with the scope, nature and content of the United States’ support for us in our struggle against terrorists.”

Continuing, the Nigerian envoy stated that “we find it difficult to understand how and why in spite of the U.S. presence in Nigeria with their sophisticated military technology, Boko Haram should be expanding and becoming more deadly”.

Reviewing the situation further, Mr. Adefuye said that at first, Nigeria had problems with the manner in which intelligence was being shared, adding that even though the U.S. Government claims that the problem has been addressed, “it is still there”.

Categorically, Mr. Adefuye stated that “the U.S. Government has up till today refused to grant Nigeria’s request to purchase lethal equipment that would have brought down the terrorists within a short time on the basis of the allegations that Nigeria’s defence forces have been violating human rights of Boko Haram suspects when captured or arrested.”

Indeed the US government had equally explained that it would not be selling military weapons to Nigeria due to human rights allegations against the Nigerian military.

But Mr. Adefuye, in his meeting with the Council on Foreign Relations, dismissed such allegations.

Mr. Adefuye noted that Nigeria and the United States have had a long standing and healthy relationship reinforced by existing economic and geo-political realities. However he said in recent times “Nigeria has had reasons to complain about the style, nature and manner with which some United States’ policies are implemented with particular reference to terrorism in Nigeria.“

He said the United States was the first to respond to Nigeria’s call for support in its battle against terrorists and has remained a major pillar of support in the struggle against the terrorists.

But he said it is a sad commentary that right now inspite of the U.S. presence and help in Nigeria Boko Haram is becoming more deadly.

Alleging that the US might have been reacting upon claims from the opposition media with sympathy for opposition parties, Adefuye insisted that the allegations could not be substantiated as many of the allegations were meant to “embarrass the government of President Goodluck Jonathan.”

Professor Adefuye further emphasised that allegations of human rights violation are based on rumours, hearsays and exaggerated accounts of clashes between the Nigerian forces and Boko Haram fighters.

He cited an example of an incident that happened in Baga in 2013, when human rights groups and the opposition press reported that based on pictures taken from satellite, over 1600 houses were destroyed in a village that has less than 600 houses.

Besides, Mr. Adefuye stated regarding the video reports of human rights violations involving attacks on women and children purported to have been carried out by Nigerian soldiers in Boko Haram affected areas that those activities were carried out by Boko Haram members wearing stolen Nigerian army uniforms.

He explained that disguise and subterfuge are standard practices of insurgent groups; and that the Chibok abduction of our school girls by Boko Haram succeeded because the girls thought that they were being carried to safety by soldiers of the Nigerian army.

The Nigerian Ambassador said opinions on human rights violations by Nigerian defence forces are biased and are not subjected to the necessary verification.

He went on to say that the Boko Haram issue is becoming heavily politicized especially with the approach of the general elections in 2015. Opposition media, he said, provide half-truths, exaggerated accounts which are then aired by the foreign media, forming the basis of reports sent to the capitals of Western nations.

He, therefore, implored the embassies of western nations based in Nigeria to check and re-check their facts, and not use half-truths and rumours as the basis of their reports and recommendations to their capitals.

He argued that the alleged violations are unfortunately the basis of U.S.’ refusal to sell necessary lethal equipment to Nigeria in order to fight Boko Haram.

The Nigerian ambassador then implored the Council on Foreign Affairs to put pressure on the US State Department and the US Department of Defence to re-examine the basis of their refusal to sell equipment to Nigeria, insisting that Boko Haram threatens Nigeria’s corporate existence and territorial integrity.

“A stable and secure Nigeria is an invaluable asset to America,” Mr. Adefuye said.