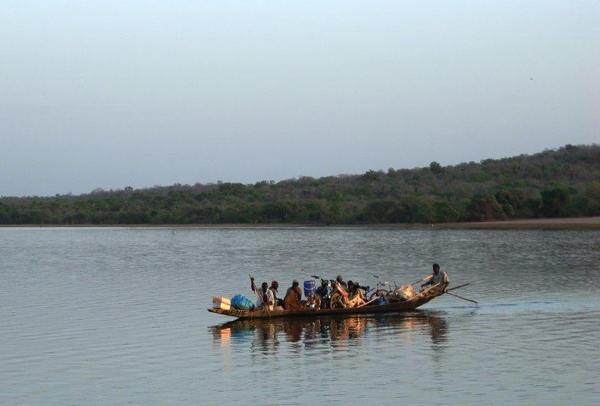 Delta yet to warn residents of impending flood

72 hours after NEMA’s emergency warning, Delta State is yet to inform its residents of the apparent danger.

Residents of flood-prone areas in Delta State say they have not heard of the immediate evacuation order issued to communities living on the plains of the River Niger.

On Monday, the National Emergency Management Agency, NEMA, issued an immediate evacuation order to residents living along the plains of River Niger.

The agency warned of the risk of unprecedented flooding that the River Niger plains will cause due to water from the Kainji and Jebba hydro dams.

It urged residents of the communities to move to higher grounds for safety and listed Niger, Kogi, Kwara, Kebbi, Anambra and Delta states as those at risk.

At Cable Point in Asaba, a community located in Oshimili South Local Government Area (LGA) of Delta, several residents said that they are not
aware of the imminent flood warning.

On the bank of the River Niger at Cable Point, several young men dredged sand from the riverside into a waiting truck, popularly called “911” or
“tipper”.

In spite of the announcement by NEMA, a middle-aged woman, owner of a kiosk by the river-bank, sold her wares including bread, cigarette,
alcohol and other items to the sand dredgers.

A retired teacher and homeowner in the community, Richard Onwusa, said the state government was yet to inform the community of their plans for those living in the flood prone areas.

“I have lived here for more than 30 years and some few years ago I have seen the river extend 10 to 20 metres beyond its bank, but not this enormous storm that is imminent.

“If government wants the evacuation order to be meaningful, they must rehabilitate those, who may be affected by the flood,” he said.

Mr. Onwusa said many residents in the area seemed unsure of what to do, adding, “they are expecting the government to come up with a plan for
shelter and more details on the imminent flood”.

Emeka Okeke, 25, of Cable Point, who spoke in vernacular, said he has nowhere to go.

He said, “I make my living from the River Niger everyday through loading of sand into trucks.

“I know when the water rises it will still rescind to normal conditions to allow us continue with business, but for now I have nowhere to go”.

Few metres away from the river bank in Cable point, is the palace of the leader of the Hausa community in the densely populated shanty.

The Secretary of the Hausa community, Gambo Mohammed, urged the state government to urgently provide alternative shelter for residents,
considering the seriousness of the flood threat.

“We have seen some marine authorities patrolling along the river but nobody has told us anything up till now.

“I have been in this community since 1985 and we have never experienced any flooding, but there are times when the water rises and water will come around people’s homes, but I can’t remember any destruction of lives or property,” he said.

In Grand Hotel, a tourist resort located on Nnebisi Road, Asaba and overlooking the River Niger, Chukwuma Okolo, acting General Manager of the hotel, said business was going on unhindered.

“The high wall around the hotel is built so firm that flood cannot break in,” Mr. Okolo said.

He, however, said that few months back, the hotel had suspended its water recreation activities, such as surfing and boat rides, on the River Niger, adding that the suspension was due to some logistic reasons and operational difficulties.

A former lawmaker in Delta, Peter Biakpara, who is an indigene of Tamigbe in Burutu Local Government Area of Delta, described the alert issued by NEMA as laughable.

“I read the report on the warning and I laughed, because I have lived more than 50 years of my life on the River Niger in Tamigbe.

“I have seen high tides and low waters and I have not had any reason to move anywhere and I will not move anywhere,” he said.

Mr. Biakpara questioned the possibility of moving a town “that is by the bank of a river”

“It cannot move anywhere, these things (flood) have happened before and we have taken precautions,” he said.

Responding to an SMS inquiry, the Commissioner for Information in Delta, Chike Ogeah, confirmed that NEMA has notified the state about the impending flood and given evacuation order.

“The Ministry of Environment will soon swing into action to ensure the safety of lives and property of our citizens,” Mr. Ogeah said.