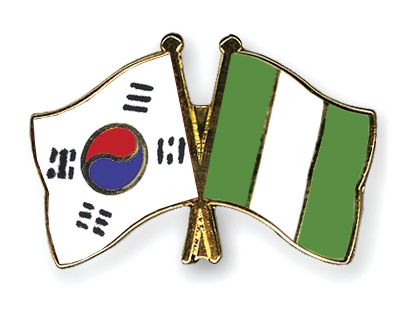 The Federal Ministry of Transport said it has begun feasibility studies on some new railway corridors in the country.

The Permanent Secretary of the ministry, Nebolisa Emodi, announced this on Monday when a delegation of Korea Rail Network Authority visited the ministry to express interests in rail project partnership in Abuja.

Mr. Emodi said the private sector, and organisations like Korea rail, which had been developing railway infrastructure in several countries of the world, were interested in partnering with Nigeria.

“One of these new corridors is Lagos to Abuja high speed rail line which we anticipate a train can leave Lagos and be in Abuja within three and half hours,“ he said. “We believe that this can compete very well with the airlines.”

Mr. Emodi listed another  corridor as the West-East line running from Lagos through Shagamu to Benin, Agbor, Asaba and Onitsha, Nnewi, Owerri and Aba. He said it has a spur from Onitsha, going all the way to Enugu and Abakaliki.

“Eventually, the government anticipates that the line could be linked to Obudu Cattle Ranch which is one of our major tourism centres,’’ he said.

The Permanent Secretary said there would be a coastal railway network to link all the states in the South-South part of the country. He said the government hopes to complete the feasibility studies in the next five to seven months, and that the government would put up advertisement in international journals and newspapers for interested investors to participate.

Mr. Emordi further said the ministry has developed a 25-year master plan for railway construction in the country. He said the plan entails the rehabilitation of the existing rail network, and gradual modernisation by building standard gauge railway system.

He said the final stage will be the system consolidation after both the rehabilitation and the modernisation effort. He listed funding as a major challenge in the pursuit of government’s idea and said the plans were different from the ongoing rehabilitation of 3,500 km existing narrow gauge lines.

“We have Lagos to Kano which for funding constraints we are now doing as six different segments.

“We are looking forward that the Korea Rail Network Authority would be interested in taking up one of these corridors and participating in the tender exercise that will come up,” he said.

Earlier, the South Korean Ambassador to Nigeria, Jong-Hyun Choi, said South Korea is ready to partner with the Federal Government in developing the rail lines in the country. He said the country is committed and would focus on the railroad network projects in particular, adding that Korea is interested in knowing how best to cooperate with Nigeria for a successful project.

The leader of the delegation and South Korea’s Minister of Land, Transport and Maritime Affairs, Park Min-Woo, said cooperation between the two countries would boost development.

Mr. Park said Korea is one of the countries with a strong economy in the world, adding that the Korea Rail Network Authority has natural and human resources to drive infrastructure.