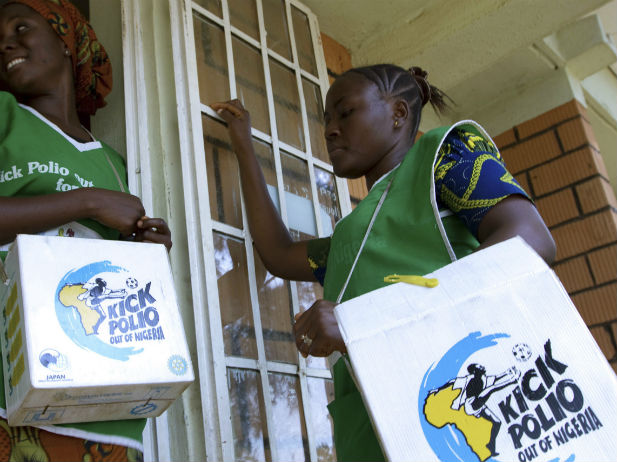 Nigeria is one of only three countries experiencing the virus.

There are currently 77 cases of the wild polio virus in Nigeria, a health agency said on Saturday.

Mr. Mohammed listed the states as Kano, Katsina, Sokoto, Zamfara, Jigawa, Yobe, Borno, Kaduna, Niger and Bauchi. He said that the existing cases of the wild polio virus were prevalent in 209 wards of 30 local governments of the nation. He added that President Goodluck Jonathan was fully committed to the total eradication of the disease from the country on or before the end of this year.

“The president set up a presidential task force on polio eradication. He has also doubled domestic funding for the ongoing positive efforts to totally interrupt the transmission of the disease,” Mr. Mohammed said.

The health agency boss also lamented the presence of the wild virus in Nigeria.

“Only Nigeria, Pakistan and Afghanistan are currently harbouring the disease globally and this is a source of concern for all the stakeholders,” he said. “We want to make sure that all the affected communities are adequately reached with all the hitherto missed children fully immunised against polio and other child killer diseases.”

He commended the Sultan and all the Northern traditional and religious leaders, among other stakeholders, for their untiring efforts to totally interrupt the transmission of the wild polio virus.

The Sultan of Sokoto, Sa’ad Abubakar, restated the commitment of the traditional rulers in the North to continue to do everything humanly possible to stop the transmission of the polio virus.

“We will do everything acceptable and possible to ensure the improvement of the health status of our people,” Mr. Abubakar said.

The Weekly Polio Update, published by the Global Polio Eradication Initiative, in its August 26 edition, described Northern Nigeria as “the global epicentre of Type-3 WPV transmission”.

“Of the 17 WPV3 (wild polio virus) cases reported this year, 15 are from the Northern Nigeria,” the publication noted.