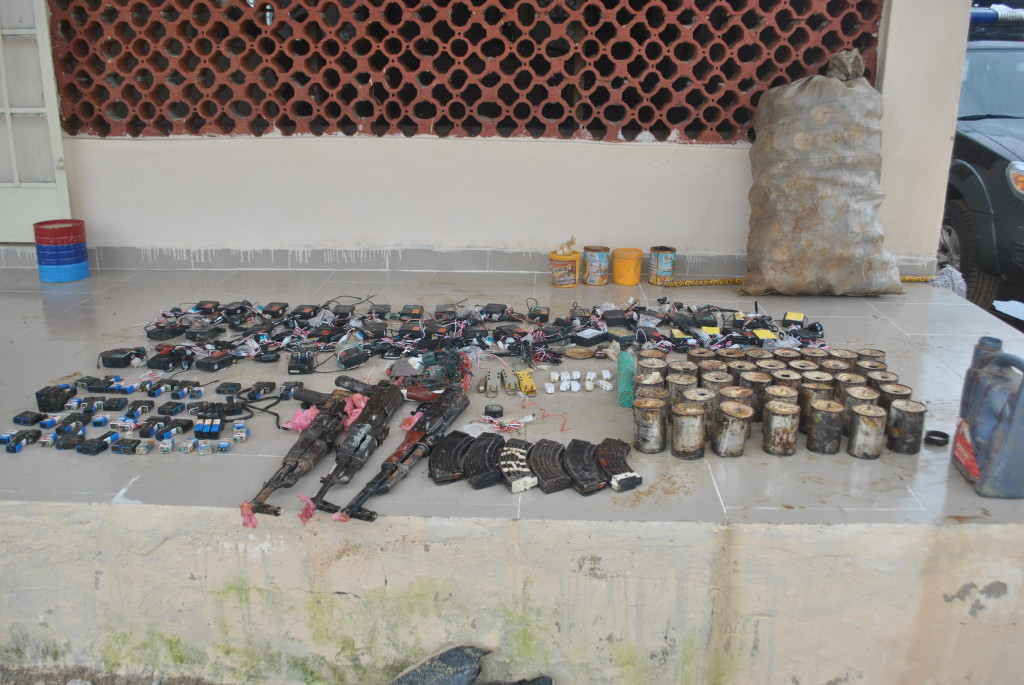 The JTF has claimed to recover explosive items from a Boko Haram commander in Maiduguri.

The Joint Task Force (JTF) in Maiduguri says it recovered some weapons from a Boko Haram commander in Bulunkutu- Lawanti area of Maiduguri.

According to the JTF spokesperson, Sagir Musa, the weapons were recovered during a follow up operation in the Boko Haram commander’s house, at about 5:30 am on Monday.

The said Boko Haram commander has been declared wanted by the JTF.