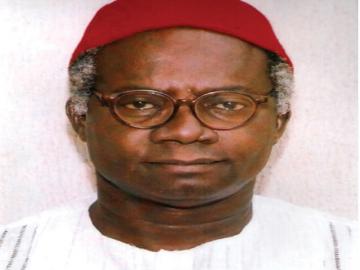 The opposition has described the claim by the People’s Democratic Party (PDP), that the latter has fared well in the 13 years of its existence, as insulting.

A statement by the National Publicity Secretary of the Conference of Nigerian Political Parties (CNPP), Osita Okechukwu, said the press conference addressed by the PDP on Friday is nothing but “PDP’s tradition of bombarding Nigerians with huge dosage of propaganda”.

“It is incumbent on the party to openly apologise to Nigerians for years of broken promises, failed leadership, and enthronement of corruption and culture of impunity,” the CNPP said.

According to Mr. Okechukwu, the CNPP is enraged that PDP would assess its performance as great.

“Except subtle admission that they are not perfect, there was no one line in the speech where the PDP apologized for its broken promises, bad governance and failed leadership,” CNPP bemoaned.

The CNPP held that the PDP insulted Nigerians when it pushed the blame of the hard-biting economy on the global financial meltdown.

Mr. Okechukwu also said claims by the PDP that it steadied the ship of Nigeria’s economy, and ensured that Nigeria has uninterrupted democracy, are bogus.

CNPP said instead of gerrymandering, the PDP should have seized the opportunity of the 14th anniversary for introspection and soul searching; in order to examine how over 70% of Nigerians today live below poverty line, as against 40% in 1998 and how come Nigerians are not just restive, but are declaring for self- government, hoisting flags and coats of arms.

According to the CNPP, the PDP “should start packing as we approach 2015 elections.”

CNPP went ahead to list the reasons it thinks the PDP failed. According to the opposition conference, PDP violates the 1999 Constitution of the Federal Republic of Nigeria.

“In spite of the unprecedented oil revenue, the party cannot provide the security and welfare of the people as clearly stipulated in Chapter 2 of the Constitution, instead wide spread looting of the treasury is the order of the day,” CNPP held.

According to the CNPP, the economic policy of the PDP is “food is ready and the motto is Share the Money” anchored on a nebulous policy that government has no business in business.

“The paradox is that while the likes of Aliko Dangote, Femi Otedola, and Andy Ubas are becoming dollar billionaires, poverty is ravaging the land, contrary to the intendment of the framers of the 1999 Constitution”.

“Today, PDP and Corporate Nigeria, their ally in asset stripping of our commonwealth, are at daggers drawn on who gets what pie in the privatization of the power industry, a gruesome battle, where Barth Nnaji has become the first casualty. Is the battle of vested interest how to transform the country”? CNPP asked.

CNPP also claimed that the PDP serially manipulates the intendment of Section 162{3} which states, “Any amount standing to the credit of the Federation Account shall be distributed among the Federal and State Governments and the Local Government Councils in such a manner as may be prescribed by the National Assembly.”

According to the CNPP, instead of PDP investing in critical infrastructure, the PDP shares raw cash in a manner as prescribed by the president, instead of the National Assembly.

In the statement, the CNPP said “on September 2009, the Federation Account Allocation Committee {FAAC} reported that over $2billion Signature Bonus and $1.5billion of proceeds from the LNG earned between 2004 and 2006 were neither reflected in the Federation Account nor the 47.32% due to the States and Local Government Councils disbursed to them.”

The Conference of Nigeria Political Parties challenged the president to openly declare his asset.

The conference alleged that PDP has been involved in “Do-or-Die Electoral politics” since 2003. It accused PDP of having “discredited democracy, impugned on the image of the country and disconnected the electorate, the outcome is that the legitimacy of our president is in question and the legislature is viewed as rubber-stamp parliament, hence the insurgency”.

The CNPP also accused the PDP of stimulating insecurity in Nigeria.

“Is it not a paradox that PDP beats its chest for the re-integration of the militants, who in the first instance are their boys, trained as thugs for Do-or-Die elections in Niger Delta States; just like the Boko Haram an offshoot of ECOMOG in Borno State and Yankaleri in Gombe and Bauchi States”.

CNPP said what the Peoples Democratic Party {PDP} is celebrating is its “14thanniversary of locust years.”

Abati: The Jonathan ‘They’ Know By SOC Okenwa