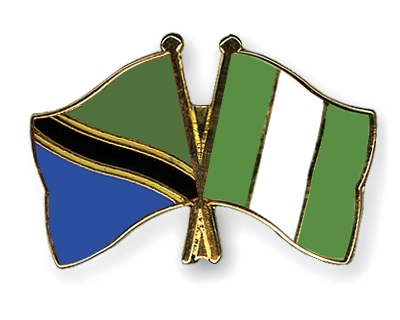 Despite cries of poor funding, Nigerian tertiary education is still a model for some African countries.

The governments of Tanzania and Sierra Leone have asked Nigeria to assist them in the establishment of tertiary education trust funds in their respective countries.

Representatives of the two countries made the appeal during a joint courtesy visit to the Senate Committee on Education in Abuja on Wednesday.

Mr. Koromah said his country’s request for assistance to duplicate the Tertiary Education Trust Fund (TETFUND) in Sierra Leone is in recognition of Nigeria’s achievement.

“Nigeria has done very well in the funding of tertiary education which is made manifest by the tremendous work NETFUND is doing. We (Sierra Leone) are very impressed.

“We appeal to Nigeria to help us establish our own tertiary funds body which would be backed by law, to collect education levy from corporate organisations for funding tertiary education,” he said.

On her part, Mrs. Labuka said that Tanzania would also appreciate Nigeria’s assistance to create an equivalent of the NYSC scheme to offer graduates of tertiary institutions to learn the spirit of national service.

She said her country, Tanzania, is proud of the leadership role Nigeria is playing towards the institution of acceptable standards for the advancement of knowledge acquisition in Africa.

“We, therefore, seek your assistance to help Tanzania move forward. Your youth service programme for graduates is innovative. We look forward to create similar programmes.

“But we require your support in the area of both technical and human resources to launch this programme in Tanzania,” she said

Responding, Uche Chukwumerije, the Chairman of the Senate Committee on Education, described the visit by the delegation as an expression of African brotherhood which demonstrated the purpose of unity and togetherness.

He noted that the issue of funding remains a major problem confronting most countries globally and on the African continent.

“We have to continue working hard to address the issue of funding which is a global problem. This has become the most problematic area in Africa,” the senator said.

Mr. Chukwumerije gave the assurance that the committee would cooperate with the Federal Government to give maximum support to the two countries in the area of enhanced funding of tertiary education.

“I assure you that we shall spare nothing to do that. I sincerely hope that your Parliament is cooperating with the executive to give maximum support to education,” he said.

In his remark, Mahmud Yakub, the Executive Secretary, Tertiary Education Trust Fund (TETFUND), told newsmen that Tanzania and Sierra Leone requested for an exchange of ideas with Nigeria to improve tertiary education in both countries.

“The Tanzanians have what they call the Tanzanian Education Authority which is similar to our TETFUND,” Mr. Yakub said. “But unlike ours which is based on taxation on corporate bodies, theirs is based on voluntary contributions by business organisations.”

Mr. Yakub added that “what they are trying to do in their respective countries on the basis of our model is to go to their Parliaments to amend the law so that it can become a levy-driven funding agency, instead of a funding agency based on voluntary contribution.”