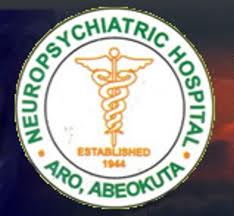 People who have diabetes are more likely to suffer from depression.By Oladimeji Kayode

People who suffer from depression can reduce stress, and also improve their cognition, and mood, by engaging in physical exercises, an expert has said.

The Provost of the Neuropsychiatric Hospital, Aro, in Abeokuta, Adegboyega Ogunlesi, said this on Wednesday, in the hospital, during his opening speech at a conference.

The conference was organised by the Nigeria Association of Sports Science and Medicine and has the theme, ‘Physical Activity and Mental Health.’

Mr. Ogunlesi said that it has become clear that there is no health without mental health. He said the interaction between the mind and the body remains complex and is yearning for further clarification in our rapidly changing world.

“Intervention studies have also suggested that physical exercise may improve cognition and mood in depressed patients as well as reduce anxiety,” the provost said.

According to the psychiatrist, people with enduring mental health problems are more likely to develop physical health issues than the general population.

“Research has shown that people with severe mental health problems have a 2-3 fold increased mortality compared to persons of the same age in the general population,” he stated.

The psychiatrist said “it is unfortunate to also note that they (mentally ill) die 20 years younger than the general population with cardiovascular disease mainly accounting for the excess mortality.”

He disclosed that only one third of those with severe mental disorders have normal weight while the risk for diabetes is increased by 100-200 per cent among them.

Mr. Ogunlesi stated that the risk of developing depression doubles among persons who have diabetes. He said in the face of terminal illness like cancer and HIV/AIDS, the risk of major depression is the likely psychological outcome.