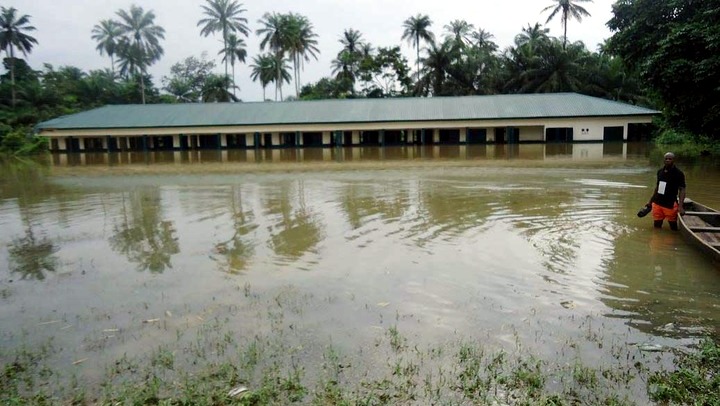 A second incidence of flood has wrecked Katsina State in less than four days.

No fewer than 100 houses and 146 farms have been destroyed by flood in Kofa and Tofani villages in Kusada Local Government Area of Katsina State.

Eight persons sustained injuries during the flood which occurred on Friday in the two villages.

The injured persons are said to be receiving treatment at various hospitals including Katsina General Hospital and Kankia Hospital, with three treated and discharged.

The flood is said to have destroyed 85 houses and 95 farms in Kofa village and 15 houses and 51 farms in Tofani village .

And the victims are currently squatting with their neighbours in the affected villages.

Mansur Murnai, the Caretaker Chairman of the local government, confirmed the incident, and described it as a “calamity”.

“Shortly after the flood, we visited the affected villages to sympathise with the victims.

“The local council has set up a 12-man committee to assess the magnitude of the disaster,” Murnai told NAN on Sunday in Kusada, Katsina State.

Mr. Murnai said that the local government would soon donate relief materials to the victims and advised the victims to consider the flood as “an act of God”.