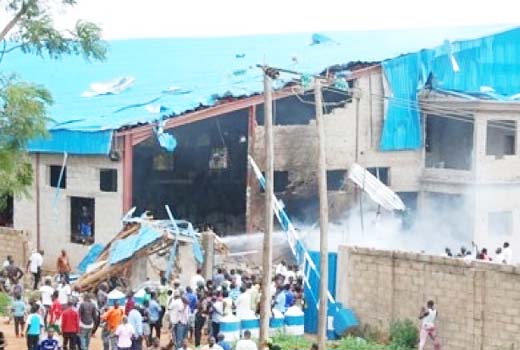 The police in Kogi say additional eight suspects have been arrested in connection with the killings of 19 worshippers at a Deeper Life Bible Church, Okene, on Aug. 6.

The state Commissioner of Police, Mohammed Katsina, who disclosed this to newsmen in Lokoja on Tuesday, however, said two of the suspects had died in custody.

Mr. Katsina did not provide details of who the dead suspects are and under what circumstances they died.

Key suspects, who could help resolve crimes, are often pronounced dead by the police.

The commissioner however said the police arrested two of the eight new suspects in a bus on Murtala Mohammad Bridge, Jamata, Lokoja, on their way to the state from one of the neighbouring states.

Mr. Katsina said that the arrested persons were suspected to be among the attackers of the church, who were re-grouping after the attack.

The police commissioner also said that the attackers hatched their plot to attack the church and Okene Local Government Secretariat at their hideout in the Eyika Adagu area of the local government.

“Three persons each were detailed to attack the church and the soldier respectively; the pastor was the target of the attack but because of confusion as they entered the church, they were shooting sporadically.’’

He said that the gang also confessed that they had planned to launch another attack on Aug. 19, to disrupt the services and the Eid-el-Fitri celebration before the arrest of its leader.

The police in the state had announced on Aug. 13 that 16 suspects had been arrested in connection with the Okene church killings.

But Mr. Katsina did not say what has become of the 16 initial suspects and where they are being held.

Conducting journalists round the factories, Mr. Katsina said they were discovered following information provided by the arrested leader of the 21-man gang who masterminded the church attack.

He said that after the attack on the soldiers at Okene Local Government Secretariat on Aug. 7, the police got the information that the suspects were at a training camp at Etar Hill, planning another attack.

He further said that the police mobilised officers to the hill and engaged them in gun battle, adding that some of the gunmen were injured in the operation while others escaped to a farm settlement.

Mr. Katsina said that the suspected gang leader was arrested behind banana trees at a farm settlement in Ulowo, Ondo State, after an exchange of gun shots in which he sustained serious injuries.

A Requiem for Oyerinde: Beyond central and state police, By Adeolu Ademoyo