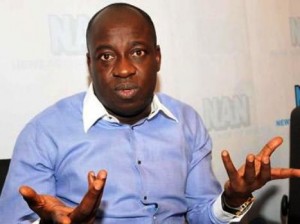 Nigeria’s inability to win any medal at the Olympics leads to calls for Mr. Abdullahi’s exit.

Majority of Nigerians who participated in a week-long poll want the Minister of Sports, Bolaji Abdullahi, to resign from office following Nigeria’s dismal performance at the London Olympics.

Many of the voters also wanted the resignation of the leadership of the Nigerian Olympic Committee (NOC).

The result of the poll showed that seven in 10 voters (71%), believe both the minister and members of the Olympic Committee should take responsibility for the London failure, and resign from their offices.

Three in 20 persons (14%) want only the committee members to leave office, while one in 20 (5%) voters believes only the minister should resign for the failure.

Only 10 per cent of the voters want both Mr. Abdullahi and the Olympic Committee to keep their jobs.

Mr. Abdullahi was appointed Sports Minister and Chairman of the National Sports Commission three months before the London 2012 Olympics. He had although, supervised the sports ministry a few months before then in an acting capacity.

The London Olympics was Nigeria’s worst in 20 years, with the country finishing without a medal despite having spent about N2.2 billion on participation and preparation for the Olympics.

The country’s contingent included 52 athletes and a host of officials.

Since the failure, several Nigerians have publicly demanded the resignation of the minister, alongside other sports officials.

Uche Chukwumerije, a senator and father of Team Nigeria’s captain at the games, Chika Chukwumerije, described the country’s performance as a “national shame,” and demanded the sack of all the officials involved in the planning.

He however did not order the sack of any official.