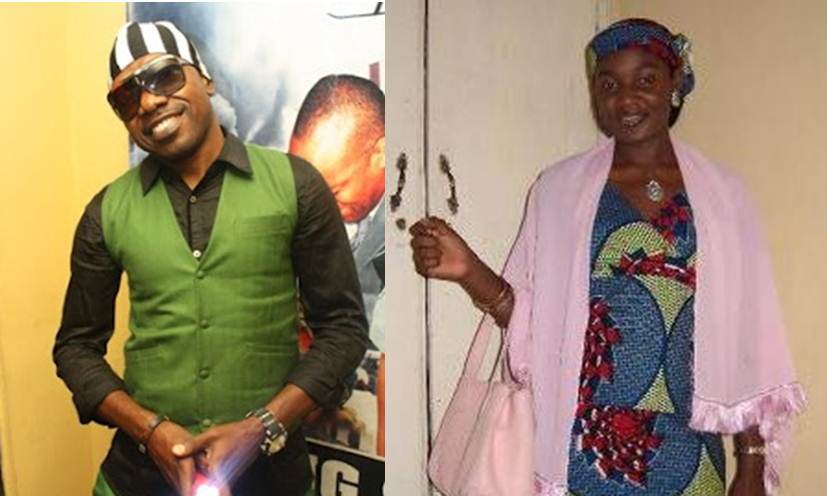 Zaki Adzay’s wife narrates how the singer beat her up and denied her sex for years.

There appears to be no end in sight for the exchange of words between torch- light wielding musician, Zaki Adzay and his estranged wife, Hadiza following their bitter separation.

Barely a week after the news of their separation broke online, both parties have not hesitated to tell their side of the story.

While Zaaki has said very little, his scorned wife says for eight years, she was a victim of spousal abuse in the hands of the soft -spoken singer.

Hadiza, who is currently sheltered by Project Alert, a non -governmental agency tasked with protecting the bodily integrity of women in Nigeria, said she left home on the 17th of April because of the beatings she constantly received from her husband. According to her, she moved out of their Gbadaga, Lagos, home after he struck her for the eighth time.

“I left on my own accord, he never sent me packing,” Hadiza said. “The very day he beat me up, I was asleep in my Children’s room (because two months back, we had stopped sleeping together). I felt safer there because he seldom touches me when the children are around.”

Hadiza who is presently fighting for the custody of her children, also revealed that after the birth of their last child, the singer was pained about the fact that she bore him two girls and refused to pay the hospital bills.

“His excuse was that while other women were giving birth to boys, I was giving birth to women. He always says people tell him my children look like my siblings and that he would not be shocked to find out that it was my brother that impregnated me.

“Whenever he starts beating me, it seems as if there is a spirit inside him,” she added.

Zaki’s side of the story

In defense, the torch light loving singer said Project Alert and the mother of his two kids  are trying to mock him on the internet. He did not make any reference to the wife beating accusations.

“I’m surprised that Project Alert or whatever they call themselves and the person who ran away from her matrimonial home months back and who came back with hefty looking thugs in a black unregistered car: beat up and injured my cousin on her way back from picking the kids from school and forcefully adopted my children; then went to court after doing that and now run to the press and post so many statements to tarnish my image on the internet,” Zaki said in a statement.

He said he would not give his estranged wife the opportunity for cheap publicity.

“A good lawyer should fight his case in court and not on the pages of newspapers. I am happy with some of the responses they are getting on the internet,” he said.

Hadiza said she met while she was a student, working part time as secretary in her father’s firm.

“My dad was an active journalist before he went into politics. Zaaki used to patronize him and with time, we started talking on the phone. One day he told me he loved and wanted me as his wife,” she narrated.

“Zaaki’s father gave my father his first employment. So it was like my father was returning a favour by giving me out in marriage to Zaaki.”