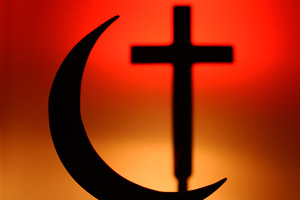 The traditionalists believe societies will be better without Islam and Christianity

A traditional chief in Badagry Local Government Area in Lagos State, Possu Awarawuru, has identified the advent of foreign religions as a bane of the country’s social problems.

Mr. Awarawuruis is one of the seven White Cap Chiefs of Akran of Badagry, Wheno Aholu Menu Toyi 1.

Mr. Awarawuru made this known in an interview with the News Agency of Nigeria (NAN) on Saturday in Badagry during this year’s anniversary of the ancient town.

“Before the coming of Christianity and Islam, our fore-fathers worship in their traditions and the society was peaceful and crime-free,’’ he said at the festival with the theme “Reconnecting with the Root. ’’

He explained that before the coming of the two religions, Nigerians worship traditional religion and was guided by the values, morals and various injunctions, laid down by the divinities.

According to him, without the two religions, the society will be crime-free, since traditional religious worshipers don’t chase materialism.

“If you get to the prisons, Christians and Moslems are always there but you can hardly see an idol worshipper being imprisoned. ’’

He advocated the return to African ways of worship, saying that worshippers of the various divinities including Ogun (God of Iron), Olokun (God of the River) and Sango (Thunder), always abide with the norms and injunctions of the deities.

Mr. Awarawuru, who is also the head of the Possukoh Quarters, urged followers of foreign religions to stop calling traditionalists idol worshippers.

Share your thoughts on Mr. Awarawuru’s opinion. Do you agree with him that societies will be better without Christianity and Islam?