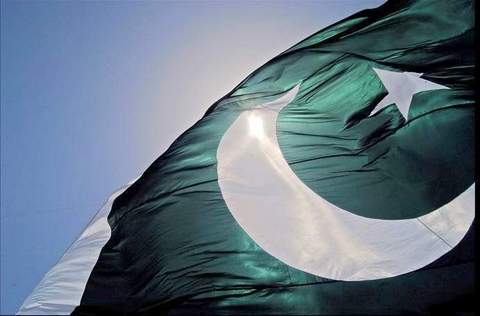 At 66, Pakistan stays ahead of Nigeria in growth and troubles

With a number of key Nigerian officials in attendance, Pakistanis in this country popped wine and clinked glasses on Tuesday, celebrating the Asian country’s 66th Independence anniversary.

With a number of key Nigerian officials in attendance, Pakistanis in this country popped wine and clinked glasses on Tuesday, celebrating the Asian country’s 66th Independence anniversary.

More than the merriment was a feverish concern of a nation coming nearly head-to-head with Nigeria- at one of Nigeria’s most turbulent moments – in their years, advances and as well as crisis.

From a turbulent history of colonization and military dictatorships, to relative growth in key sectors, to its troubles with militancy, the Middle East country stood ahead of Nigeria, perhaps understandably so, since it is 13 years older.

Pakistan faced the burden of millions of refugees and settlement of various issues with the colonial power. The British imperial authorities, while leaving the sub-continent in 1947, left a surfeit of unresolved issues like the touchy Kashmir which till date, remains of volatile concern between Pakistan and neighouring India.

Back then, Pakistan had only one University, two medical schools and couple of industries. There was no defense industry in the new country. There were few textile mills and the country depended on imported textile.

“When Pakistan was established neighbours predicted failure in six months because of lack of basic institutions in the nascent country,” the country’s Acting High Commissioner to Nigeria, Ahmed Sirohey said.

“Today with the grace of Allah, Pakistan is self-sufficient in food, having universities, medical colleges and textile and garments units.”

Currently, Pakistan is self sufficient in food, has 142 universities, 100 medical colleges and thousands of textile and garments units.

The country is a key producer of textile, surgical, pharmaceuticals, leather, agric equipment, home appliances and other items.

In comparison, Nigeria has 125 federal, state and private universities from one at Independence in 1960.

Through 52 years of Independence from the same Britain, Nigeria’s economy has flourished mainly on a mono-product: oil. A thriving agricultural industry of the 1950s and 60s dipped as the years went by, leaving a nation that is nerveless in manufacturing and technology.

Just this July though, the Nigerian military launched its mould of locally made armoured carriers. Still, hardly any subject draws the two country close than security arising from a ruthless internal militancy.

The Pakistanis face the Taliban and splinter networks, while Nigeria contends with the extremist Boko Haram sect and a spread of other insurgencies.

“We are proud of Pakistan and wish to copy it in many sectors,” Nigeria’s Information minister, Labaran Maku, said at the event on Tuesday where he was the chief guest. “We are also thankful on its help to train our soldiers and professors.”

The event was the first time in the history of the Pakistani High Commission that a reception was held to mark the country’s independence here.