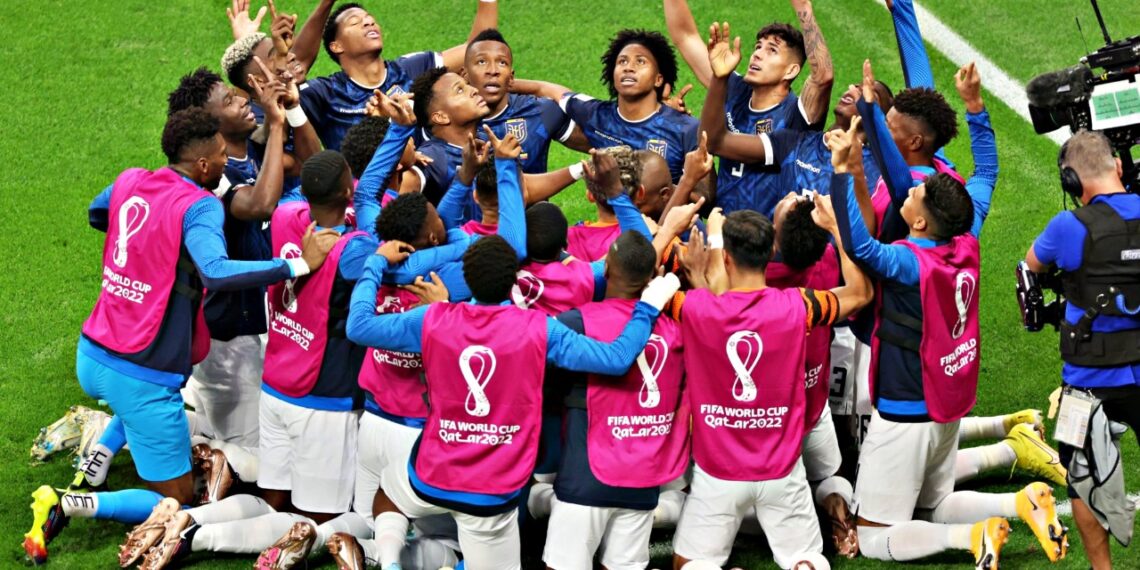 The Netherlands and Ecuador are still occupying the top two positions in Group A after the two teams battled to a 1-1 draw on Friday at the Khalifa International Stadium at the ongoing World Cup.

While the race for places in the knockout phase is still wide open for three of the teams in Group A, the 1-1 draw has officially confirmed the exit of tournament hosts, Qatar.

Having both won their opening games by 2-0 margins, the Netherlands and Ecuador were poised for a supremacy battle in Friday’s contest, but eventually the game ended in a tie.

The Netherlands, who were on a 16-game unbeaten streak, got off to a flying start as Cody Gakpo’s sixth-minute goal put them in front before Enner Valencia’s second-half strike restored parity for the Tricolor.

Unlike the game against Senegal, where they needed to wait till the 84th minute before breaking the deadlock, Louis Van Gaal didn’t have to wait too long against Ecuador.

Gakpo got them in front just six minutes into the game; converting Davy Klaassen’s deflected pass.

The PSV forward’s goal is so far the fastest at the ongoing 2022 World Cup, coming exactly after five minutes and six seconds.

But in the 11th minute, the Ecuadorians began to shrug off their slow start with Angelo Precaido’s cross being headed by Piero Hincapie to Enner Valencia, the first goalscorer of the tournament for a volley that was blocked by Nathan Ake.

Again, Valencia’s effort wasn’t enough to break the Oranje Boys’ defence after the captain’s effort was cleared by the solid defence of the Netherlands in the 24th minute.

Four minutes later, Valencia tipped off Micheal Estrada after dribbling Jurrien Timbers but the striker mis-hit what could have been an equaliser.

The South American side continued to pressure and their defenders kept the Oranje boys off the bay. In the 32nd minute, Andries Noppert parried Valencia’s outside shot to a corner.

Ecuador’s unfortunate fate continued after Pervis Estupinan’s converted ball from a corner build-up was ruled off by the VAR shortly before the half-time break.

The Tricolor didn’t dwell in their first half predicaments as they got started as soon as possible.

Four minutes into the second half, Estupinan, whose goal was chalked off in the first half tested Noppert who parried an open space shot into the legs of “persistent” Valencia for Ecuador’s equaliser.

Valencia’s goal against the Netherlands made him stand in the ranks with legends like Rossi and Salenko, who have scored six goals in their World Cup appearances.

Meanwhile, Ecuador continued to find a winner against a less offensive Dutch.

At the hour mark, Netherlands were still yet to get a shot on target in the second half with the only one played by Gakpo in the sixth-minute goal.

In the 73rd minute, Memphis Depay’s flick reached Gakpo who chipped off Herman Galindez in a one-on-one attempt, but the PSV forward’s attempt went sideways.

Meanwhile, the last 10 minutes saw captain Valencia being stretched off after an injury on his knee and he was substituted for another striker, Kelvin Rodriguez.

The striker would grab a late winner following a block to Noppert’s goal kick that eventually went off target in the 90th minute.

As it stands, both Netherlands and Ecuador need to avoid defeat in their next games against Qatar and Senegal, respectively, to seal their place in the Round of 16.

Women matter too: A response to the vituperations of Babachir Lawal, By Kemi Asekun