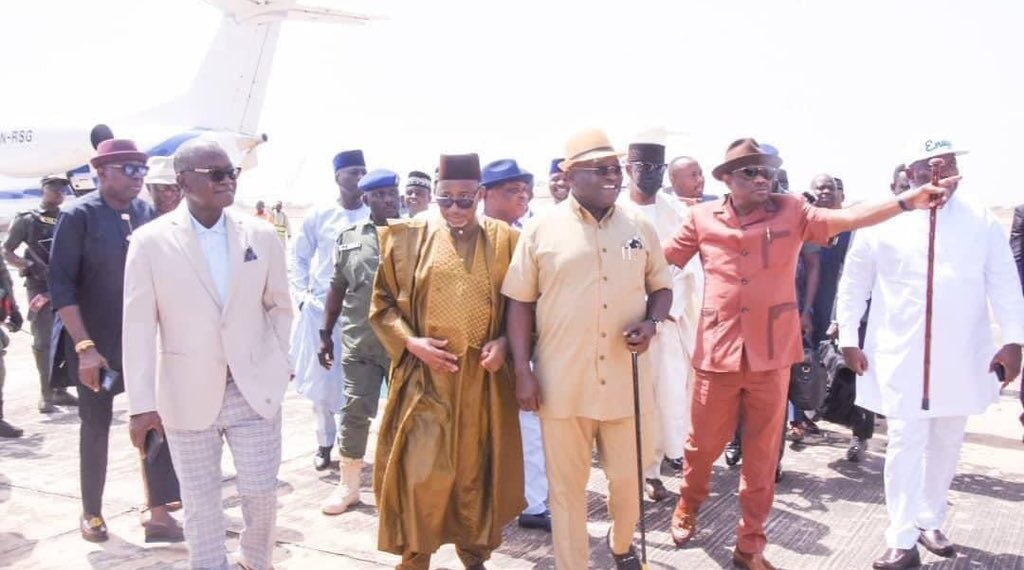 Five governors of the PDP and some aggrieved party leaders have repeated their calls for the resignation of the party’s national chairman, Iyorchia Ayu, before peace could return to the main opposition party.

Rising from a closed-door strategic meeting on Sunday in Lagos State hosted by former Deputy National Chairman of PDP, Olabode George, the G-5 governors led by Gov Nyesom Wike of Rivers State, declared that their ‘Integrity Group’ still stand on the position earlier taken in Port Harcourt, Rivers, on the removal of Mr Ayu.

The group, which had been at loggerheads with the leadership of the party and its presidential candidate, Atiku Abubakar, however, reiterated that the window for reconciliation in the party remained open.

The governors including Samuel Ortom of Benue, Seyi Makinde of Oyo State, Ifeanyi Ugwuanyi of Enugu State, Okezie Ikpeazu of Abia and Mr Wike began the call for the sack of Mr Ayu, shortly after the party’s presidential ticket was won by Mr Abubakar.

Addressing journalists after a two-hour meeting in Lagos, former Gov. Jonah Jang of Plateau said the group arrived at the decision after a careful review of developments in the party.

“After a careful review of developments in our party, we have decided to stand on the decisions we took in our Port Harcourt meeting,” he said.

“And we hereby reiterate that the window for reconciliation in our great party, PDP, remains open,” Mr Jang said in his brief comment.

The aggrieved party leaders have repeatedly maintained that Mr Ayu must resign for the sake of fairness and justice so as to bring peace to the party.

The aggrieved group maintained the need for the South to produce the party’s national chairman after Mr Ayu because the party’s presidential flag-bearer for the 2023 election is from the North.