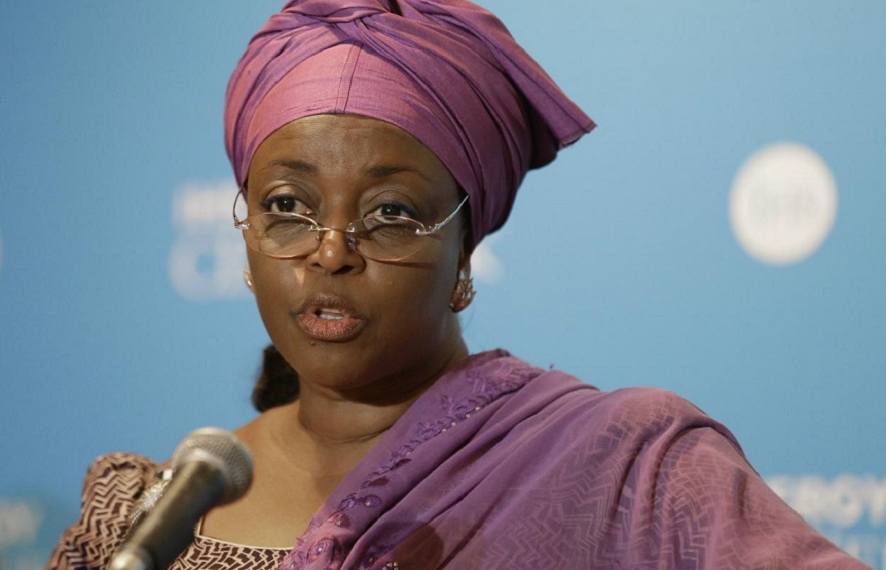 EFCC had on 29 November 2021 secured the interim forfeiture of the assets linked to a former Minister of Petroleum Resources, Diezani Alison-Madueke, in a ruling on a separate motion ex-parte filed on 27 September 2021.

The Federal High Court, Abuja, on Monday, ordered the final forfeiture of two Abuja properties and two luxury cars belonging to a former Minister of Petroleum Resources, Diezani Alison-Madueke, to the federal government

The two properties are located at Plot 1854 Mohammed Mahashir Street, and No. 6, Aso Drive, in the highbrow Asokoro and Maitama Districts of Abuja, the Economic and Financial Crimes Commission (EFCC) said in a statement.

While the house on Mohammed Mahashir Street is valued at over $2,674,418 and the other on Aso Drive is said to be worth $380 million, the statement signed by the commission’s spokesperson, Wilson Uwujaren, said.

The judge, Mobolaji Olajuwon, gave the order forfeiting the assets to the Federal Government of Nigeria in a ruling on the application by the EFCC in suit marked 1122/2021 and Suit No 1123/2021.

EFCC had on 29 November 2021 secured the interim forfeiture of the assets in a ruling on a separate motion ex-parte filed on 27 September 2021.

The anti-graft agency had anchored the request for an order of interim forfeiture of the assets on the grounds of reasonable suspicion that the assets were proceeds of unlawful activities.

The judge had ordered EFCC to publish a notice in a national newspaper, inviting anyone with interest in the assets to show cause why they should not be finally forfeited to the federal government. The court then adjourned the case until 22 January for the report.

In compliance with the order of the court, the forfeiture order was published in Thisday Newspaper on Wednesday, 6 April 2022.

In the absence of any contestation of the interim order, the court, on Monday, ordered the final forfeiture of the affected assets to the federal government.

Meanwhile, the judge, Mr Olajuwon, had on 24 January issued an arrest warrant against Mrs Alison-Madueke over corruption charges pending against her.

It was the second arrest warrant to be issued against the ex-minister, who is believed to have fled to the United Kingdom since leaving office in 2015.

On 4 December 2018, a judge of the High Court of the Federal Capital Territory (FCT), Valentine Ashi (now deceased), ordered the EFCC, the Nigerian Police Force, the States Security Service (SSS), and all other security agencies to arrest her within 72 hours.

The matter was later taken to the Federal High Court in Abuja where the EFCC filed 13 counts of money laundering against Ms Alison-Madueke in anticipation of her extradition to Nigeria.

On 24 July 2020, Ijeoma Ojukwu, the judge of the Federal High Court, Abuja, who was then handling the matter, issued a summons for the former minister to appear to answer to the charges preferred against her.

Ms Alison-Madueke ignored the summons which, anyway, could not be confirmed was served on her.

EFCC subsequently requested the judge to issue a warrant of arrest against the former minister.

But the judge turned down the request, insisting that the summons she issued was sufficient to process her extradition to Nigeria to face her trial, adding that she would not issue another order in vain.

The commission was still struggling with the extradition process which largely depends on the office of the Attorney-General of the Federation (AGF) when it sought a fresh warrant of arrest from the new judge handling the case.

Mr Olajuwon of the Federal High Court in Abuja, who took over the case from Mrs Ojukwu, issued the fresh warrant of arrest against the former minister following an oral application by EFCC’s lawyer, Farouk Abdullah.

Mr Abdullah told the court that all efforts by the agency to get the ex-minister extradited proved abortive while the matter was being handled by the former judge.

He said the summons issued by Mrs Ojukwu had not been able to achieve the intended goal of extraditing the defendant.

He explained in his oral application that an arrest warrant is a mandatory requirement needed by the AGF office to process the extradition of the former minister.

The prosecutor added that the arrest warrant needed to be given to the International Police (INTERPOL) which would effect the arrest.

Mr Olajuwon then granted the application and adjourned the matter indefinitely pending when Ms Alison-Madueke would be arrested and produced in court.