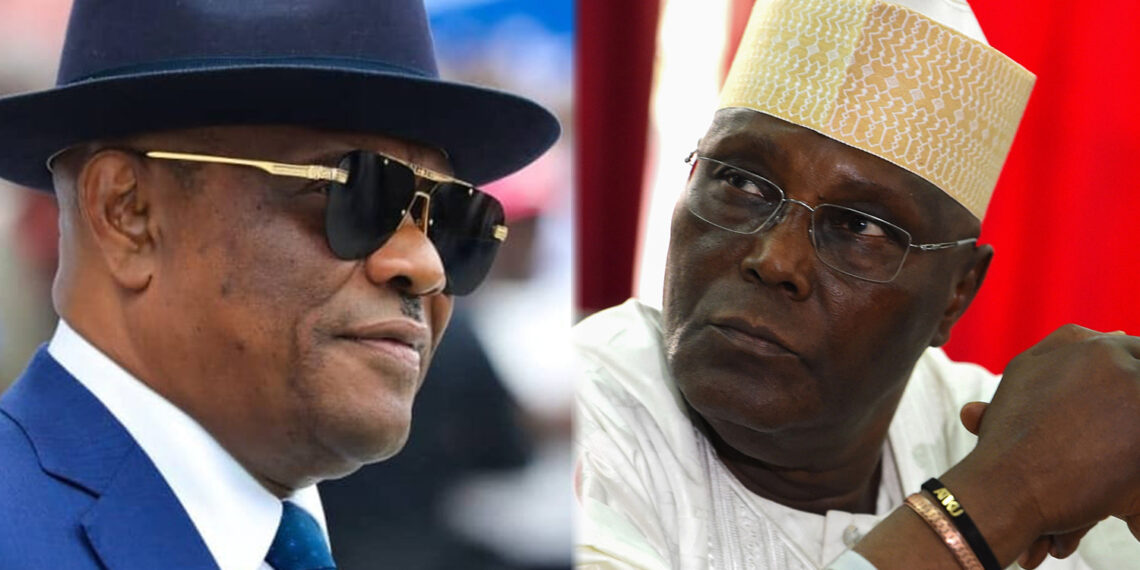 The reconciliation committee constituted by Atiku and Mr Wike could not agree on a venue for its meeting.

A 14-member committee constituted by the PDP presidential candidate, Atiku Abubakar, and Rivers State Governor, Nyesom Wike, to explore grounds for reconciliation of the two politicians failed to meet on Monday due to a dispute over the venue of the meeting.

An insider said the meeting had been scheduled for Port Harcourt and the representatives of Mr Wike in the committee had arrived in the Rivers State capital before they were told that the members on the other side would not be turning up.

The official reason adduced for the cancellation of the meeting was that the leader of the Atiku delegation, Adamawa State Governor, Adamu Fintiri, had to stay back in Yola to host a reception for Atiku who was in his home state for the first time since winning the party primaries.

At the event, Atiku also formally received defectors from the APC in the state to the opposition party.

However, PREMIUM TIMES gathered that the real reason the Atiku delegation shunned the meeting was because its demand for it to be held on a “neutral ground” in Abuja was rejected.

A source in the Wike camp who spoke with this newspaper saw the development as an evidence of a lack of commitment by Atiku to genuine reconciliation.

The source alleged that the presidential candidate deliberately chose the same day that the committee had scheduled for the meeting to attend the reception in Yola as he knew that Mr Fintiri would host the reception.

According to our source, the meeting has now been rescheduled for Friday but the Wike group is insisting on Port Harcourt as the venue.

“Wike has met Atiku twice in Abuja where Atiku lives. The first meeting was at Atiku’s residence and the second at Jerry Gana’s residence. Now we want this meeting to be held where Wike lives,” an associate of the governor said.

Members of the Wike team to the reconciliation committee joined the governor at a meeting with Labour Party presidential candidate, Peter Obi, on Monday in Port Harcourt after the Atiku team did not show up for the scheduled meeting.

Atiku and Mr Wike have been at daggers drawn since the former vice president defeated the governor to win the PDP presidential ticket.

The crisis worsened after Atiku sidestepped Mr Wike in his choice of running mate, opting for Delta State Governor, Ifeanyi Okowa, despite an advisory committee he set up favouring the Rivers governor.

The dispute has escalated into a major crisis in the PDP with a section demanding the reconstitution of the national leadership of the party to redress the lopsidedness that favours the northern zones.

Mr Wike and his allies are demanding that the national chairman, Iyorchia Ayu, step down for a substitute from the southern zones.

The group claimed the party boss had pledged to step down should the party ignore its zoning principle and nominate its presidential candidate from the north.

However, Mr Ayu has denied making that promise and vowed to see out his four-year term which began late last year after he replaced Uche Secondus.