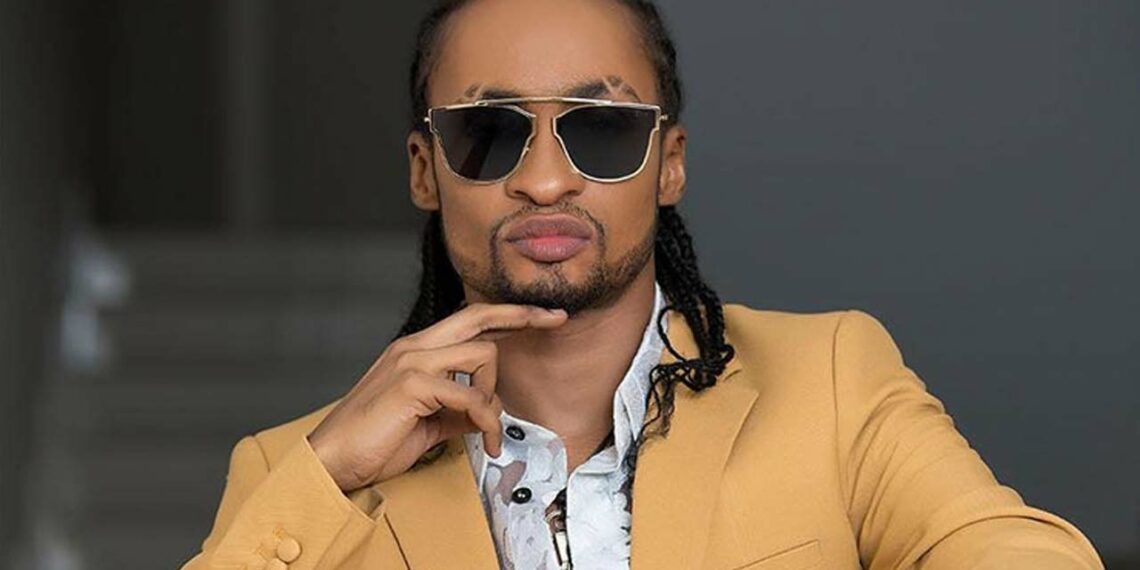 Denrele was born in Hamburg, Germany, to a Yoruba father and an Indian-Mauritian mother.

The 41-year-old media personality also spoke about some of the ordeals he faced growing up in Lagos during the late 1990s.

Not until recently cross-dressing and unconventional fashion were not readily accepted in Nigeria.

With Okuneye Olanrewaju (Bobrisky) and James Brown gaining acceptance and societal approval as cross-dressers, the famous media personality Denrele Edun, better known as Denrele, whose eccentric fashion style has put him in the spotlight for over two decades, is often hailed as having paved the way for them.

Typical of Denrele, he can never be caught not wearing stiletto or platform boots, and long flowing jackets, which he flaunts effortlessly at almost all his public appearances-a style Nigerians have come to terms with.

In an interview with PREMIUM TIMES on Thursday at an event in Victoria Island, Lagos State, Denrele recounted the hardships he suffered during his early days of being perceived as a cross-dresser.

The 41-year-old media personality also spoke about some of the ordeals he faced while growing up in Lagos during the late 90s.

Denrele was born in Hamburg, Germany, to a Yoruba father and an Indian-Mauritian mother.

He is the only son and has two sisters.

He grew up in Germany and came to Nigeria when he was five, where he attended St Gregory’s College, Ikoyi and the University of Lagos.

For a kid like Denrele, who is very expressive about his style from a very young age, surviving in Lagos wasn’t an easy feat.

“Back then, there was no acceptance. Unlike what we have now, with people on social media insulting one another and trolls from faceless identities, but in my era, I had people harassing me on the streets of Lagos.”

“Every day was like another nightmare; you can imagine that I would be on a bus, and people in the bus would park on the third mainland bridge and throw me out of the vehicle simply because of how I dressed. Then it was an upfront confrontation, but I can’t get that now.”

According to Denrele, the countless physical confrontations made him learn the art of self-defence.

He said he is a black belt holder in martial art.

The House of Representatives is considering a bill to prohibit and criminalise cross-dressing in Nigeria.

The bill was read for the first time on the floor of the House in April.

If passed into law, this proposed bill could affect popular crossdressers like Okuneye Olanrewaju, known as Bobrisky and James Brown.

The 2013 Same-Sex Prohibition bill was signed into law by former President Goodluck Jonathan despite opposition from the international community, particularly the United States and the United Kingdom.

Despite his heels, nails and hairstyle, Denrele said that he does not conform to the identity of a cross-dresser.

However, Denrele noted that he started his style of dressing before the advent of the internet when he barely knew what the terminology “cross-dressing” entailed.

Further explaining his stance, ” I don’t think I am even mentally prepared for it because I am still in tune with my masculinity and femininity.”

“I have my strong masculine side designed to take care of my feminine side; the juxtaposition of my personality is in sync.”

He said, “So you cannot put me in that box of cross-dressing, but I am more of an outlandish, expressive personality.”

The multi-award-winning entertainment personality described cross-dressing as an art and culture in fashion.

Denrele, known for his fashion style and personality, has also delved into acting.

He started his television career as an actor at eleven when he played a presenter/producer on ‘Kiddievision 101″ on NTA Network.

“I started my hustle way before the advent of the internet. Professionally, I started as a Tv presenter in 1994. I was in SS1 at that point and was on the NTA network show. It mirrored the travails of working in a media house in Nigeria, so I learned the hard way. It was amazing.”

“When I started, I remembered my first paycheck was N150 (one hundred and fifty nairas), and later on, I ascended to becoming a lead cast and earned N800 per episode.”

Speaking about the forthcoming elections, Denrele encouraged Nigerian youths to register for their Permanent Voters Card 3(PVC) and participate in the coming elections.

While speaking about his preferred candidate, the media personality said he endorsed Peter Obi, the presidential candidate of the Labour Party.

“I know everybody vying for the president’s office and has gotten a ticket, but I want something different. I want a different Nigeria that will change for the better, and right now, I am like Peter Obi; this is the man for the job. I am Obedient.” he said.