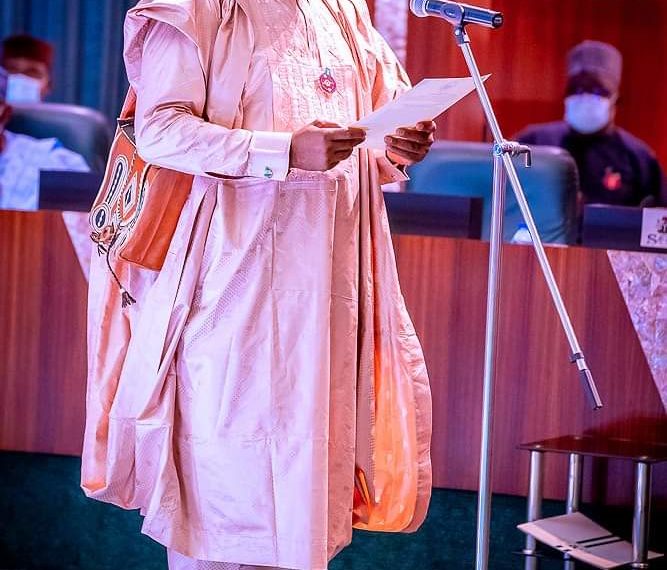 The Independent National Electoral Commission (INEC) on Monday in Abuja presented a budget of N305 billion for the 2023 general elections to the National Assembly.

Its chairman, Mahmood Yakubu, made the presentation to the Senate Committee on Appropriations.

The committee had invited INEC to present the budget so as to include it in the 2022 budget billed for passage by both chambers of the National Assembly on Tuesday.

According to INEC Chairman, the N305 billion is different from the N40 billion yearly budget of the electoral body.

He noted that while N100 billion had been released to the Commission out of the total projected expenditure, it would not be enough for adequate preparation towards 2023.

“We made a submission for N305 billion for the 2023 general elections in a very comprehensive 22-page document with 260 budget lines.

“In submitting the Executive proposal to the National Assembly, N140 million was made available to INEC as a one-line item in the budget.

“As usual, we broke it down and submitted same to the committee that oversights INEC in both the House of Representatives and the Senate.

“The N140 billion was broken into two; we take it that N40 billion is our regular budget as an agency of government and N100 billion is the first tranche of the 2022 budget.

“We have gone ahead to make provisions accordingly.

“It may interest the committee to know that we have eight bye-elections pending; three federal constituencies and five state constituencies.

“In fact, the last vacancy occurred only last Wednesday following the death of a member representing Giwa West in Kaduna State,’’ he said.

In making a case for additional releases from the N205 billion balance, Mr Yakubu listed activities that must be conducted ahead of the 2023 general elections.

“What we have done is to look at the activities that we have to conduct before the general elections.

“There are activities that must be concluded. If you are going to replace some of the critical facilities like ballot boxes and voting cubicles, these things must be done before the elections.

Meanwhile, in his remarks, committee chairman, Jibrin Barau (APC-Kano North) said the required appropriation would be made for the electoral body in the 2022 budget.

Mr Barau assured that the report of the committee on the 2022 budget proposals would be laid in plenary at both chambers on Tuesday, ”considered and passed”.