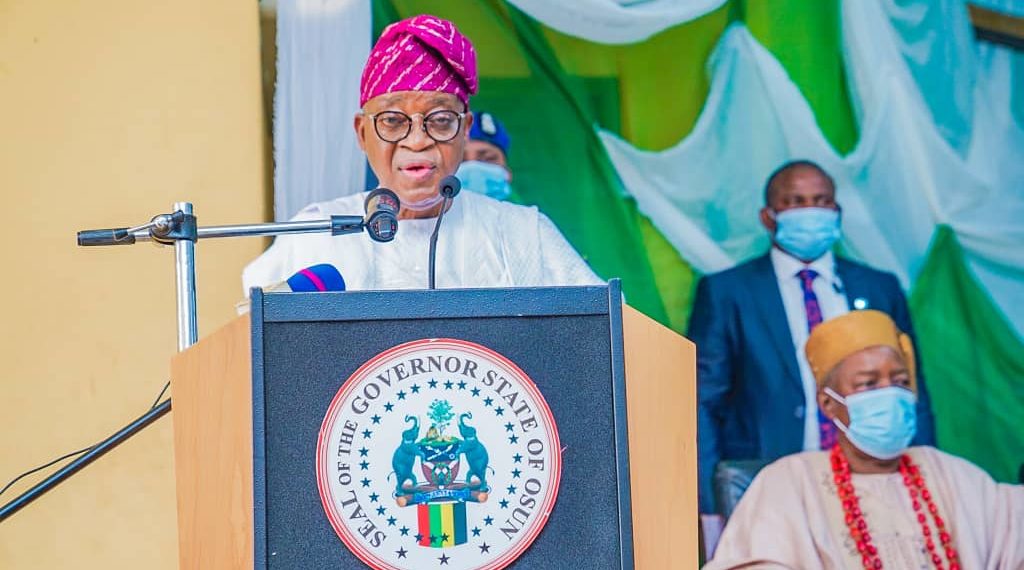 The Osun House of Assembly on Monday, passed the 2022 appropriation bill of N129.7 billion presented before it by Governor Gboyega Oyetola.

The News Agency of Nigeria (NAN) reports that the budget estimate/appropriation bill, which has recurrent expenditure of N53.89 billion and capital expenditure of N75.86 billion was presented to the assembly by the governor on October 5.

Timothy Owoeye, the Speaker of the Assembly, during the passage of the bill, commended his colleagues and the House Committee on Finance and Appropriation for their painstaking effort in considering the budget.

Mr Owoeye, however, warned that no agency of the state government or ministry should tamper or alter the official figures in the 2022 budget.

He stated that any act of tampering would be taken up as a criminal offence, which might attract serious legal implications.

The speaker said the assembly ”would be alive to its responsibilities and would be holding regular interaction with the state Ministries, Departments & Agencies (MDAs) and the people, on the assessment of the budget performance and feedback”.

Mr Owoeye, while reading the letter, said the assembly would look into the request with a directive to the Assembly’s Committee on Local Governments and Chieftaincy Affairs to start work on the letter before its consideration.

One dead in Osun road accident