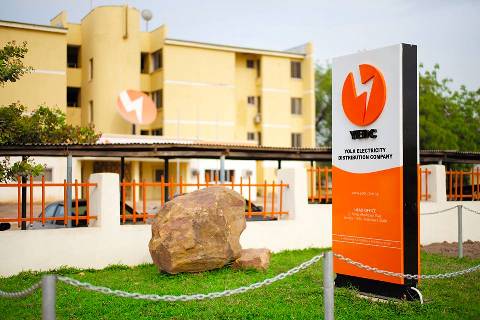 The BPE says the company would invest N28 billion to transform the company over a period of two years.

Alex Okoh, the Director-General of the Bureau of Public Enterprises (BPE), said this according to a statement on Monday signed by Amina Othman, Head, Public Communications of BPE.

He said the company would invest N28 billion to transform the company over a period of two years.

According to the statement, Mr Okoh made the remarks at the signing ceremony of the Share Sale and Purchase Agreement (SSPA), for the privatisation of Yola Electricity Distribution Company (YEDC).

He also said the new investor was committed to improving the quality of life of the inhabitants in the North-East geopolitical zone, through an aggressive investment drive, thereby providing an economic tool for combating the insurgency in the region.

The DG said this investment would be utilised to carry out an extensive upgrade of the company’s electricity distribution network.

He added that it was expected that the investment would deliver results within a five-year period.

He said the results included a reduction in Aggregate Technical, Commercial, and Collections (ATC & C) losses from the current level of 80 per cent, which was the highest in the industry, to 29 per cent which translated to a 51 per cent loss reduction.

He said similarly, as a result of the aggressive investment drive by the investor, it was expected that the increase in energy supply would stimulate economic growth and development in the region.

This, he said, would be through the creation of new industries and opportunities, attracting much-needed investment and boosting job creation.

He acknowledged the rigorous process of the negotiation, which took place in the wake of the COVID-19 pandemic and its crippling impact on economic activities as well as the challenging operational environment in the North East region of the country.

Mr Okoh, however, said it was a testament to the commitment and doggedness of the parties to deliver on the transaction and the high collaborative spirit between the Federal Government and the core investor.

“Moreover, it is a clear indication that there is still a significant level of interest on the part of investors in the Federal Government’s reform and privatisation programme.

“Notwithstanding the challenges in the power sector and the reaction that has trailed the privatisation process, this continued interest shows that the Federal Government took the right decision in reforming the power sector,” he said.

Adamu Mele, the Chairman of Quest Electricity Ltd., acknowledged the insecurity in the company’s area of franchise but assured that it would work around it to transform the distribution company within a short time through infrastructure upgrades.

The BPE recalled that following the approval of the National Council on Privatisation (NCP) for the privatisation of YEDC and the conclusion of a competitive and transparent bidding process, Quest Electricity emerged preferred bidder, with a bid price of N19 billion.