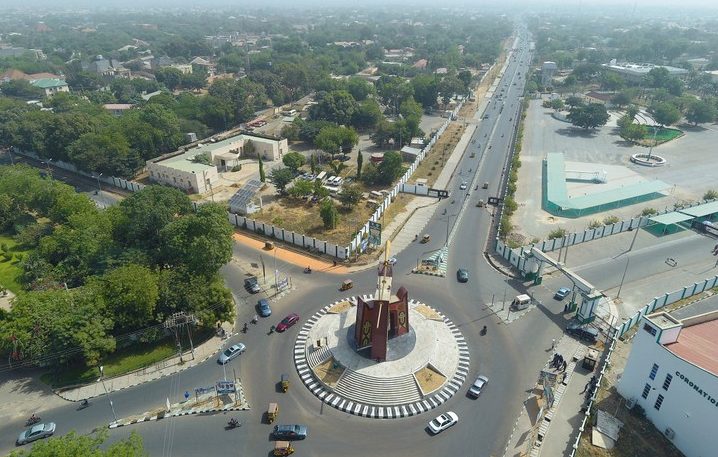 Plateau State, in the North-central Nigeria, appeared to be the only state in the whole of the northern region where the June 12 protest was recorded.

The widely publicised June 12 protest failed to hold in most of Nigeria’s 19 northern states on Saturday.

Plateau State, along with the Federal Capital Territory (FCT), Abuja, in North-central Nigeria, appeared to be the only state in the whole of the northern region where the June 12 protest was recorded.

No protest took place in the other states of the North-central, North-east, and North-west, on Saturday.

Instead of protests, official ceremonies and political rallies organised by some governors to commemorate the June 12 Democracy Day took the centre stage in Kano State, with citizens in most of the states in the northern region going about their routine business.

In some other parts of the country, particularly the Federal Capital Territory (FCT), Abuja, and the states in the South-west, many demonstrators trooped to the streets defying harassment by security forces in protest against bad governance, other forms of maladministration and the increasingly worrisome state of insecurity under the President Muhammadu Buhari-led federal government.

Both the mainstream June 12 protesters and pro-Buhari protesters, some of whom said to PREMIM TIMES that they came out on the promise to be paid, held separate rallies in Abuja on Saturday.

In Kano, PREMIUM TIMES observed how residents were going about their routine businesses of the day, shunning the weeks-long call by activists and civic groups to join what was designed to be a nationwide Democracy Day protest in their localities on Saturday.

While Abuja and Lagos streets were buzzing with protests on Saturday, in Kano, Governor Abdullahi Ganduje was receiving defectors into the ruling All Progressives Congress (APC) led by former governorship candidates of the People Redemption Party (PRP) and Green Party of Nigeria (GNP), Salihu Sagir, and Abdulsalam Zaura, respectively.

The event was attended by hundreds of APC leaders and loyalists, including the Speaker of the Kano State House of Assembly, Hamisu Chidari, among other dignitaries.

In Kaduna, the Kaduna State capital, another key northern city, major streets were deserted with only few traders conducting their routine businesses, probably due to the heavy rain that fell on Saturday.

There were no protests, and people went about their normal business as much as they could under the rainy condition.

Some residents who spoke to our reporter at the popular NDA Bus Stop said they could not take part in the protest because they had other important things to do and not “the unproductive protest organised by Nigerians.”

“This protest is funny, we don’t buy it. We rather channel our energy toward doing something good. This is a staged protest. They have an agenda just like EndSARS. We can’t buy into it. If 2023 comes Buhari will pack his things and go back to Daura (Katsina State). And we will have another leader,” said Salim Haruna, a car dealer, added.

Marjanatu Sani, who also spoke to PREMIUM TIMES, saw the protest as an agenda of the people in the southern states of the country.

“We are suffering double of insecurity in the North than in the South, but the southern people are acting as if it is affecting just them,” the Kaduna resident said, adding, “We the northerners are on the President’s side.”

Mr Sani expressed concerns about the country’s state of insecurity which fueled the calls for the protest in the South, but maintained it did not warrant a protest against the Buhari government.

“They will say Buhari is empowering Fulani to kill them, but before they kill one southerner, they would have killed hundreds of northerners. Let him just finish and go we are praying that these many problems we are witnessing will come to an end one day,” he said.

PREMIUM TIMES also observed that residents went about their routines with no protest holding in Sokoto, Zamfara, and Kebbi States on Saturday.

The Assistant Inspector-General of Police Zone 10 whose mandate covers Zamfara, Sokoto and Zamfara, Ali Janga, in a statement, said the police had deployed all legal means to protect lives and property of citizens, before, during and after the June 12 Democracy Day celebrations.

The police chief also advised religious leaders, traditional rulers and all social organisations to monitor the activities of their wards and members to ensure peaceful celebrations and dissuade them from activities that could lead to mayhem in their communities.

The police chief acknowledged that the country was in turmoil as a result of the various reactions, agitations and criminal activities going on in different places, assuring that all security mechanisms had been put in place to ensure that “the relative peace being enjoyed” in his zone was not jeopardised.

He said movement was not going to be restricted, adding that “all law-abiding citizens are free to move about peacefully in carrying out their legitimate transactions and (means of) livelihood.”

In Jigawa State, Governor Muhammad Badaru used the June 12 event to roll out his achievements which he said included the creation of “thousands of jobs through the value chain for youth that are not directly involved in cluster farming.”