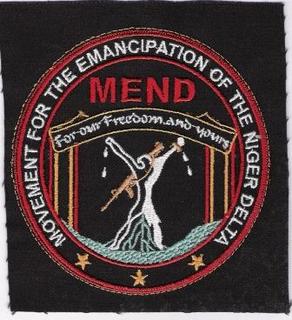 JTF not aware of attack on AGIP facility, says Spokesman

The joint Military Task Force in the Niger Delta code named ‘Operation Shield Pulo’ said it is not aware of the alleged attack on the Nigeria Agip Oil Company (NAOC) facility in Bayelsa.

The Spokesman of the Task force, Nwachukwu Onyeama, told the News Agency of Nigeria (NAN) on Friday in Yenagoa that the force has not been informed of any incident by the Italian firm.

Mr. Onyeama said that men of the task force at Nembe Creek in Bayelsa said they were not aware of any such attack, but promised to inform the headquarters of any development.

However, the Movement for the Emancipation of the Niger Delta (MEND) had in an online statement by its spokesman, Jomo Gbomo, claimed that it had attacked and destroyed a wellhead belonging to Agip.

“At 0210 Hrs on Friday, April 13, 2012, fighters of the Movement for the Emancipation of the Niger Delta attacked and destroyed one wellhead and one manifold on trunk lines belonging to Agip Oil a member of the Italian ENI group.

The group concluded by saying that more attacks and a full statement would follow.

NAN reports that at the time of filing this report, it was not possible to get comments from the Italian firm since it has no office in Yenagoa, the Bayelsa capital.

Jonathan threatens to sack heads of MDAs for distorting 2012 budget