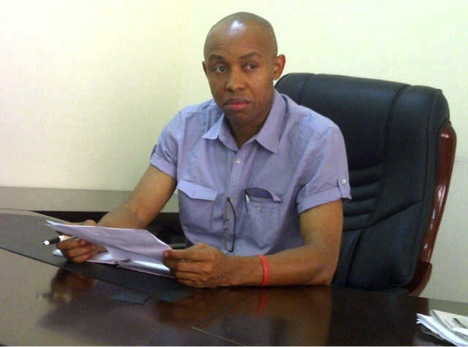 For daring to accuse the Nigerian Police Force of extra judicial killings, the Chairman of the Governing Board of the National Human Rights Commission, Chidi Odinkalu, has been summoned to appear before the Force Criminal Investigation department for interrogations.

In a letter dated Wednesday, April 11, 2012 and signed by Dan Bature, a Deputy Commissioner of Police, Mr. Odinkalu was summoned to appear before a Deputy Inspector General of Police in charge of the Force Criminal Investigation Department on Friday at 11 a. m.

Should Mr. Odinkalu honour the invitation Friday, he would most likely be held for the weekend and possibly released on Monday, police sources familiar with the plan have told Premium Times.

Though Nigerian law stipulates that a suspect cannot be detained for more than 24 hours before prosecution, the Nigerian police have the habit of inviting suspects on Fridays, and then using the excuse of work free weekends to detain them beyond 24 hours.

The basis of the summon, according to the letter, is that the police are “investigating complaint of Damaging Remarks allegedly made by the Chairman, Governing Council Commission of the National Human Rights Commission, against the Nigeria Police Force.”

The remark by Mr. Odinkalu, which has drawn the ire of police authorities was made more than a month ago, on March 5, 2012, while making a presentation at a programme organised by the National Association of Judiciary Correspondents.

During his presentation titled “plea bargain and the administration of justice in Nigeria,” the human rights chief stated that, “the response of law enforcement to the incapability of the legal system to ensure convictions is an epidemic of third degree policing, torture and extra judicial executions. By some estimates, the police execute well over 2,500 detainees summarily every year.”

The latter part of the statement is what the police authority, including the new Acting Inspector General of police, Mohammed Abubakar, is angry about.

The police are livid

Two weeks after he made his presentation, Mr. Odinkalu, who recently declared his asset publicly, received a letter personally signed by Mr. Abubakar.

In the letter dated March 16, 2012, the police boss accused Mr. Odinkalu of stating that “the police execute over 5,000 detainees summarily, every year.”

According to Mr. Abubakar, the statement “is viewed seriously by the police high command as vexatious especially against the backdrop of its grave and negative implications on our National and Corporate image.”

Mr. Abubakar, who also accused Mr. Odinkalu of stating that “guilty police officers are hardly brought to justice,” requested the human rights chief to “provide evidence or facts to support your (his) assertion.”

The report was issued in 2010 by the Network on Police Reform in Nigeria.

Mr. Odinkalu also explain in the letter that the police boss quoted him wrongly while forwarding the full text of his presentation. He therefore suggested a meeting with Mr. Abubakar, to allow him discuss the issues.

Premium Times learnt that Mr. Odinkalu also forwarded a copy of the report to the police IG alongside his letter.

Despite Mr. Odinkalu’s response, the police hierarchy appears still bitter at his remarks, thus the plot to arrest and harass him.

The invitation letter for Friday’s interrogation contains no reference to previous exchanges between Mr. Abubakar and Mr. Odinkalu.  It only stated that the human rights boss was being investigated for his remarks.

Efforts to reach the police spokesperson, Olusola Amore, for comments were unsuccessful as he did neither answer nor return calls to his mobile telephone.

When contacted, Mr. Odinkalu appeared reluctant to discuss the invitation.

“If the police have told you about the invitation, let them give you the details,” he said.

When asked to comment on the correspondence between him and the Inspector-General of Police, Mr. Odinkalu declined.

“Conversations take place within public institutions and between individuals. There are communications between public officials. I am not in a position to confirm or deny anything,” he said.

Traders in Lagos complain of shortage of PoS terminals