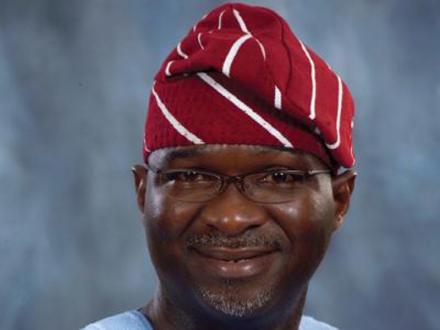 Doctors in Lagos State were, on Wednesday, locked out of their secretariat at the Lagos State University Teaching Hospital (LASUTH), Ikeja, as they began their three-day warning strike to press home their demands.

No reason was given by state authorities for the decision to bar the doctors from holding their meeting.

“Everybody can see now that the place has been locked…

“It is unfortunate in a democratic setting. In the constitution of Nigeria, everybody has the right to assemble to talk,” said Babajide Saeed, President of the Association of Resident Doctors in LASUTH.

“The government does not have respect for the profession… It was locked yesterday, when the resident doctors were having a meeting, they wanted to lock us in,” Dr. Saeed added.

In the same vein, Olumuyiwa Odusote, Chairman of the Medical Guild, condemned the action describing it as a “shame.”

“As far as I am concerned, this is a shame on the government. The least doctor is a level 10 officer. We have a level 17 officer in this place locked out of the place, that’s the kind of government we have,” said Dr. Odusote.

On Wednesday, armed police officers were stationed in front of the hospital.

“The police presence is government’s response to the right to freely associate,” Dr. Odusote added.

Among the demands of the doctors is the full implementation of the Consolidated Medical Salary Scale (CONMESS) as well as a downward review of “excessive” taxation.

“We have had meetings with government in which it was agreed that they were going to pay the CONMESS the way it is and that they are going to review our tax,” said Dr. Saeed.

“Unfortunately, for 13 months that thing was not done. We don’t have any option than to go on this warning strike,” he said.

Dr. Saeed, who said that the warning strike was because of the patients, further noted that the it was declared about a week ago “in order for the government to rethink and do the right thing.”

“Lagos State is shortchanging the workers in the state. They say they use federal tax law for all the workers but this tax law has been reviewed by the National Assembly,” said Dr. Saeed.

“Since we called the warning strike, the government has got in touch with us just once.

“We had a meeting with them in which they said they are going to do the right thing.

“Unfortunately, the only thing they did was to come and lock where we normally have our congress,” he added..

In August 2010, the doctors went on a three month strike over the state government’s reluctance to implement their demands.

Between February and April 2011, they went on another strike over the same issues.

“We have a right to resume this strike without notice. They (previous strikes) were only suspended for implementation and since there was no implementation, we have no other option,” said Dr. Odusote.

“If we embark on an indefinite strike, I can assure you that before the strike is called off, the government will pay the money in full.

“That will be the only condition for calling off the strike. But we are hopeful that it won’t get to that stage,” Dr. Odusote added.