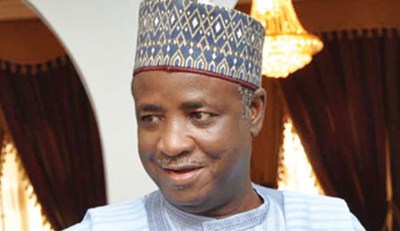 Two fresh cases of Type 1 Wild Polio Virus were recorded last week in the Sokoto South and North Local Government Areas of Sokoto State in a renewed outbreak of the disease, which has remained a potent threat to the health of children in the area for a while.

Special Adviser to the state governor, Aliyu Wamako, on Primary Health Care, Ibrahim Jibril, said on Monday at a reception organised in his honour by the State Council of the Nigeria Labour Congress (NLC).

“This is a very sad development and the state government will do everything humanly possible to stem its tide,’’ he said.

The Director of the State Primary Health Care Development Agency, Garba Kadi, said the cases were recorded in Rumbukawa and Marina areas of Sokoto city.

“An investigation conducted in the affected areas revealed that children there were never immunised against polio or any other childhood killer disease,” he said.

‘’So, the agency will tomorrow (Tuesday) conduct a mop-up immunisation exercise against polio in the two areas to cover about 562 children, all of ages 0-5 years.”

NAN recalls that another case of the type 1 wild polio virus was recorded at the Kwanni area of Sokoto North local government area in January 2012.

Speaking further at the occasion, Mr. Jibril, who described the Sokoto state government as “labour-friendly’’, disclosed that it had recently recruited over 500 health personnel to boost the capacity to manage the health challenge of the state.

He said the personnel would man the newly-established 230 health facilities across the state, saying Wamakko had a good vision for the health sector, especially primary health care.

The state Chairman Nigeria Labour Congress (NLC), Bello Tambuwal, and his predecessor, Abubakar Shamaki, who is also the incumbent Chairman of Yabo local government, also commended the state government for its effort to tackle the scourge of polio in the state.

They praised the state government for implementing the new national minimum wage of N18,000, though they urged that the gesture be extended to the members of staff of the 23 local governments and the local education authorities.

They also commended the Sokoto state council of the Nigeria Union of Journalists (NUJ) for recently embarking on unscheduled visits to the various ministries, departments and agencies to assess the level of compliance of the workers with the scheduled resumption and closing time.