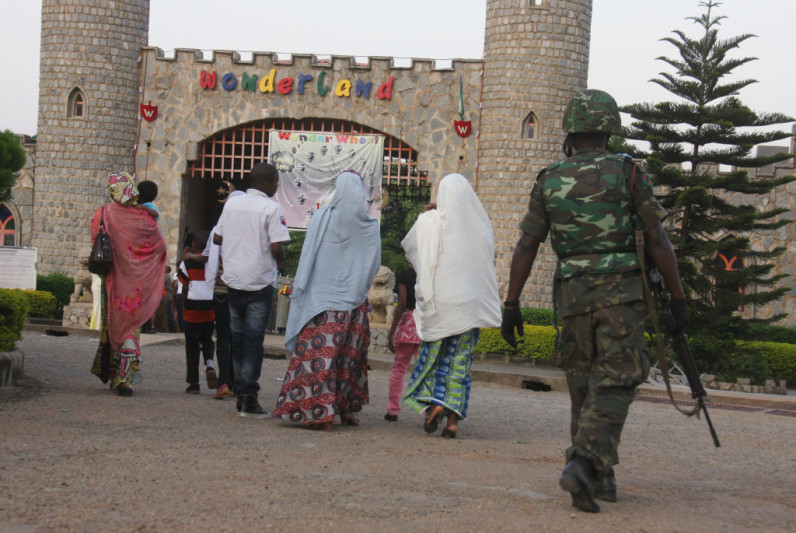 Residents of the Federal Capital Territory did not allow the deteriorating security situation in the country in recent times to dampen their enthusiasm for Easter fun as they thronged the various entertainment parks, gardens and other merry-making spots in Abuja on Monday to enjoy themselves with their families.

Most of the parks and gardens visited by the News Agency of Nigeria (NAN) in the Central Business District and other areas in the city centre witnessed high patronage as residents continued the Easter celebrations amidst tight security.

Operatives of the State Security Service and the police were seen at designated points at the entrances, inside and around the various places visited.

At the popular Millennium Park in the Central Business District, fun seekers told our report that they could not stay at home throughout the holidays and were comfortable with the security arrangements at the parks.

One of the fun-seekers, Emmanuel Ajeh, said that he went to the park in company of family members because they were tired of staying at home, pointing out that marking such important holidays like Easter and Christmas in parks and gardens was the best way to relax and unwind with their families.

Mr. Ajeh said his family chosed the Millennium Park because it was affordable and convenient for them.

“If you look at the holiday, it’s quite a long one,” he said.  “We have been indoors since Friday.  The thing was becoming too boring for us, so we decided to go out and I think this place is not bad at all.

“This is the best place to be at Easter, Christmas or Sallah. You do not need to have a lot of money to come to this place.”

A student of the FCT College of Education, Zuba, Maimuna Istifanus, said that she was at the park with her two nephews, after her initial reluctance to venture out was doused by a friend who assured her that the parks were safe.

A Maitama resident, John Idanyi, said the Maitama Amusement Park was there to entertain his children, adding it was a good way to relax rather than give money to children to spend on unimportant things.

The influx of people had also encouraged photographers to throng the parks, on the hope that people may capture the moments in pictures and allow them make some business.

One of such photographers, Hycenth Okeke operating at the Millennium Park, however, said business was extremely low, due to poor patronage.

According to him, unlike previous festivals, when he made up to N10,000 daily, he is yet to make more than  N2,500 since Sunday.

Another photographer the amusement park, Innocent Pam, also said that the patronage was low, but expressed hope that the situation would improve before the end of the day.

NAN also reports that many people were seen thronging the Cinema houses in the city to while away the time.