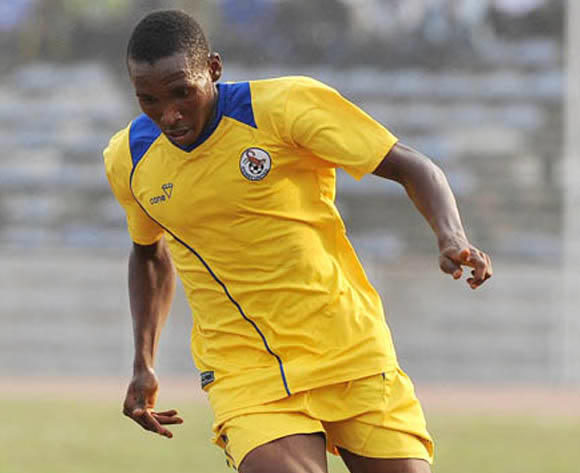 Nigeria Premier League top scorer, Mustapha Babadidi, of Gombe United is one of the 26 players invited to the Eagles’ camp  ahead of next month’s international friendly match with African Cup of Nations record-winners, Egypt, in Abu Dhabi.

Babadidi has been a subject of controversy in recent times having been earlier called to the U-17 team camp; a move many faulted as there are questions about his age.

With this invitation, Babadidi will now have a chance to rub shoulders with the “big boys’.

Meanwhile, captain of the home based Eagles, goalkeeper Chigozie Agbim, is at the head of players called to the camp.

There are three goalkeepers, eight defenders and 15 midfielders and forwards. Players and officials are expected at the Bolton White Apartments, Zone 7, Abuja on Monday, April 2 before 1 p.m., with their international passports.

Other prominent names are defenders Godfrey Oboabona and Azubuike Egwueke, who played the entire duration of last month’s 2013 African Cup of Nations qualifier against Rwanda in Kigali; midfielder Reuben Gabriel who came in as substitute and playmaker Ejike Uzoenyi, who dazzled endlessly against Rwanda and was voted Most Valuable Player are also part of the list.