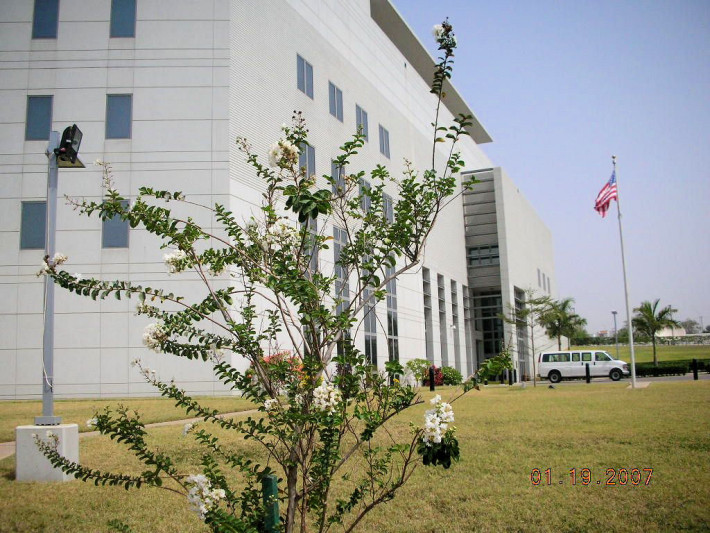 The staff of  the United States’ embassy in Abuja and people around its vicinity were thrown into pandemonium after the heard a bang which they assumed to be a bomb blast on Monday afternoon.

But eyewitnesses said they saw teenagers set off fireworks on an undeveloped plot located a few metres from the well-guarded American embassy.

Also, some policemen at the Diplomatic zone, which houses several embassies, told NAN that the “panic and confusion’’ was started after fireworks went off.

A petty trader at the location told NAN that although he was not sure what the thunderous noise he heard was, he thought it was fireworks and only ran because everyone else did.

“I hear noise and see smoke; people dey run and I think say na knock out and people say na gun shot, naim I pick my egg roll and Kunu and run too,” he said

In an e-mail to reporters, Deb MacLean, the Information Officer at the U.S. embassy said “We believe there were shots fired in the vicinity of the U.S. embassy. The Nigerian authorities have two individuals in custody. We refer you to the Nigeria police for further information.”

Mr. Jimoh Moshood, the FCT Police Command spokesman, confirmed that the police received a report of an incident near the U.S. embassy.

“We immediately sent in a patrol van and personnel to the scene but there was no shooting,’’ he said. However, Mr. Moshood  said no arrest had been made in connection with the incident.