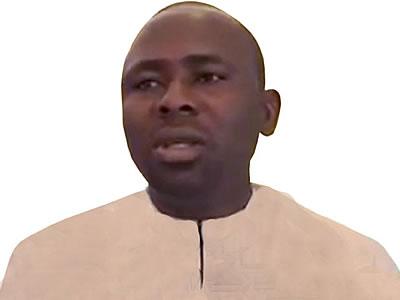 The ongoing imbroglio between the National Assembly and Aruma Oteh, the Director-General of the Securities and Exchange Commission (SEC), took a new turn on Friday with Nigeria’s anti-graft agency wading into the matter.

The News Agency of Nigeria reports that Herman Hembe, who earlier this week stepped down from his position as the head of the House committee set up to probe the country’s capital market following a bribery allegation made against him, was questioned by the Economic and Financial Crimes Commission (EFCC) in Abuja.

Ms. Oteh, in a heated exchange with the members of the House Committee on the Capital Market on March 18, alleged that the SEC had been asked to pay money in bribes to the tune of N44million. In response, Mr. Hembe denied the allegations and stepped down from his leadership position as the Chairman of the House Committee.

The News Agency of Nigeria (NAN) reports that Mr. Hembe was still with the EFCC as at 3 p.m. on Friday.

An official of the commission, who pleaded anonymity because he was not permitted to speak on the matter, confirmed to NAN that the lawmaker and some of members of the House had come to honour the EFCC’s invitation.

“As I speak with you, he (Hembe) is here and being questioned,” the source said.

The source was, however, not able to confirm if Ms. Oteh had also honoured the commission’s invitation.

The lawmaker was sighted in front of the commission’s office at about 10 a.m. but went into the premises on sighting photo journalists.

The House of Representatives has set up a new committee to continue the probe.