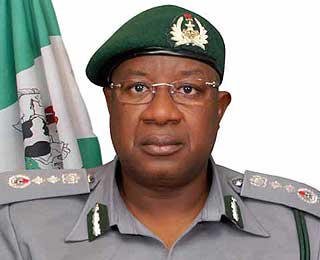 A Lagos High Court, Friday, struck out a suit by Festus Keyamo seeking to compel the Director of Public Prosecution (DPP) to initiate criminal proceedings against Abdullahi Inde Dikko, the Comptroller-General of the Nigeria Customs Service, for certificate forgery.

In her ruling, Yetunde Idowu, the judge, said Mr. Keyamo’s application was premature and incompetent.

Mr. Keyamo had filed a suit asking the Lagos State DPP to investigate the alleged falsification of the West African Examinations Council (WAEC) and Nigeria Institute of Management (NIM) certificates by Mr. Dikko.

Reacting to the ruling, Festus Afeiyodion, counsel to Mr. Keyamo, said that “they would weigh their options.”

“The court has a duty to rule one way or the other. We on this side, we are not in agreement with the court and we’ll take the necessary actions,” said Mr. Afeiyodion.

“Luckily enough, the court has not dismissed this action at all, the action was struck out which means we can come back.

“Apart from that, if we consider the ruling appealable, we will appeal the ruling,” Mr. Afeiyodion added.

Counsels to the respondent refused to react to the ruling.

Mr. Afeiyodion accused the DPP and the police of ‘insincerity’ on the matter.

“What we have here is somebody who has been accused on oath deposed by a Nigerian citizen saying that ‘I committed the offence with him.’

“What the police or DPP needed to do, if they were sincere in all of these, was to write to WAEC, write to NIM… or for WAEC to make a categorical statement about the certificate,” Mr. Afeiyodion added.

Chuks Nwana, a lawyer who had been following the case, described the ruling as “very sound.”

“It’s clear, unambiguous, it states clearly that the man is fishing for evidence here and there and the matter has been struck out in the main. They can’t come back on the same set of facts,” said Mr. Nwana.

“I think at this point, if anybody is not getting the message, the applicant should get the message that the court will not be used as a means of personal vendetta,” Mr. Nwana added.

The empire talks back By Ikhide R. Ikheloa