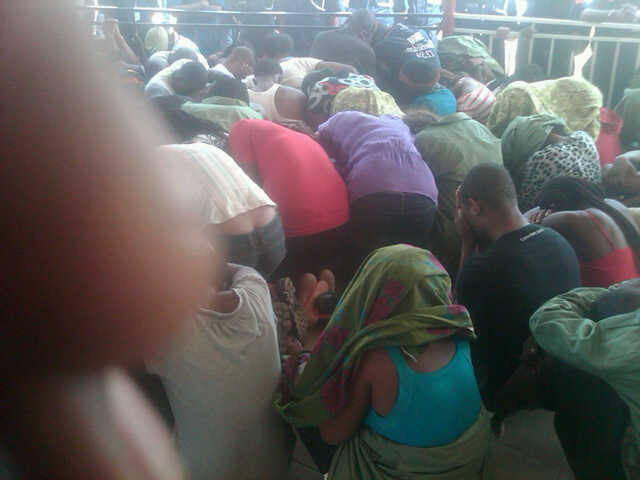 An Upper Area Court in Keffi, Nasarawa State, has sentenced 85 fake National Youth Service Corps (NYSC) members to one year’s imprisonment each or an option of N21, 000 fine after they pleaded guilty to a three-count charge of criminal conspiracy, forgery and impersonation.

According to court records, the accused persons were sentenced on Wednesday.

The Nigerian Security and Civil Defence Corps had on Wednesday paraded 87 fake corps members before the media in Abuja after they were arrested at Nasarawa Toto for operating an illegal ‘NYSC Orientation Camp’.

The presiding judge, Ali Chongda, said that he had tempered justice with mercy because of the pleas of the defence lawyers and because the accused persons were first offenders.

Mr. Chongda, however ordered that two of the accused persons, Matthew Okey and Chinedu Ebubechukwu, the alleged masterminds who pleaded not guilty, be remanded in prison custody until March 29 for further hearing of their case.

Watch a video below

Jonathan condemns coup in Mali, calls for return to democracy